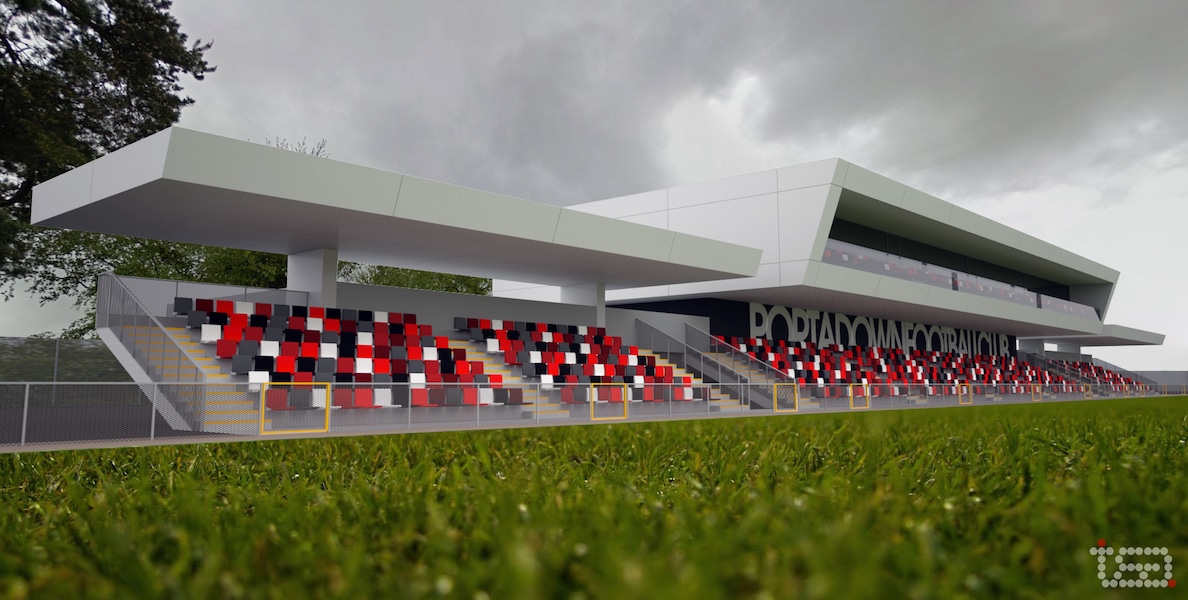 Portadown Football Club have unveiled exciting plans for the upgrade, enhancement and redevelopment of Shamrock Park.

The Premiership club say they are endeavouring to make the football club and stadium the heart of the local community.

The proposals, which were exclusively revealed by Armagh I last week, include the old main home stand, which is not currently in use, being replaced with a 1,046 seated stand, thus increasing the spectator seating at Shamrock Park to 3,814.

Plans include redevelopment of the existing training pitch at the Manor end of the ground with it being replaced with a state of the art training facility contained within a dome structure; a relocation of the grass pitch towards the current away
stand; upgrading the playing pitch to a 3G surface and the inclusion of business/incubation and community space within the new spectator stand. Full details of the proposed project including dates and times for a neighbouring resident’s event and a public consultation are available here.

Portadown FC was formed in 1887, however it wasn’t until 1906 that Shamrock Park became home to the Ports with the ground being named after Sir Thomas Lipton’s yachts named ‘Shamrock’ that raced in the America’s Cup.