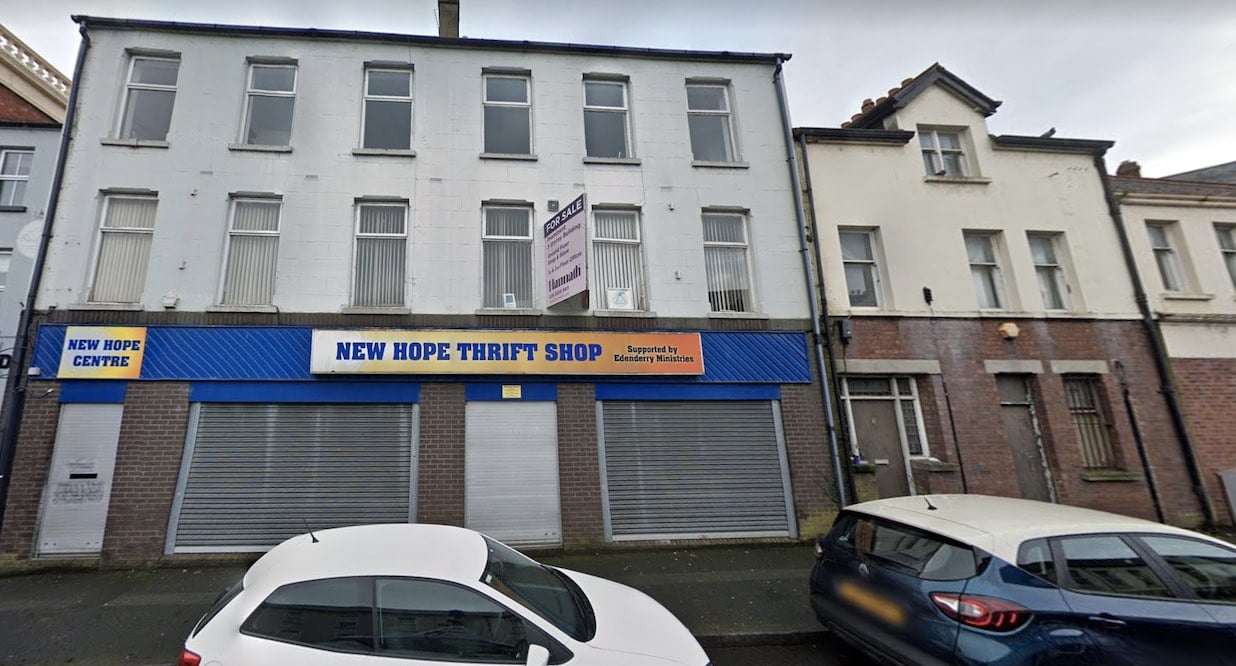 A former charity shop and office development in Portadown town centre could be set to be converted into apartments.

The development has been earmarked for a site at Carleton Street.

An application has been lodged with Armagh City, Banbridge and Craigavon Borough Council for consideration.

Submitted in the name of Dungannon man Martin Kelly, the proposals are for a change of use.

They refer to a site at 2-4 Carleton Street, which had previously operated at the New Hope Thrift Shop.

A near neighbour of the historic Carleton Street Orange Hall, the hope is to convert the three-storey building into a block of apartments.

If approved, a total of seven new apartments – with either one or two bedrooms – would be provided. Each also includes a living/dining area, kitchen and WC including shower unit.

There is also private amenity space at ground floor level including an area for keeping bins.

The earmarked property is described at present in the application as “charity shop on ground floor with vacant office spaces above”.