"They provide incredibly good work - who knows, they may save your life or the life of a loved one some day." 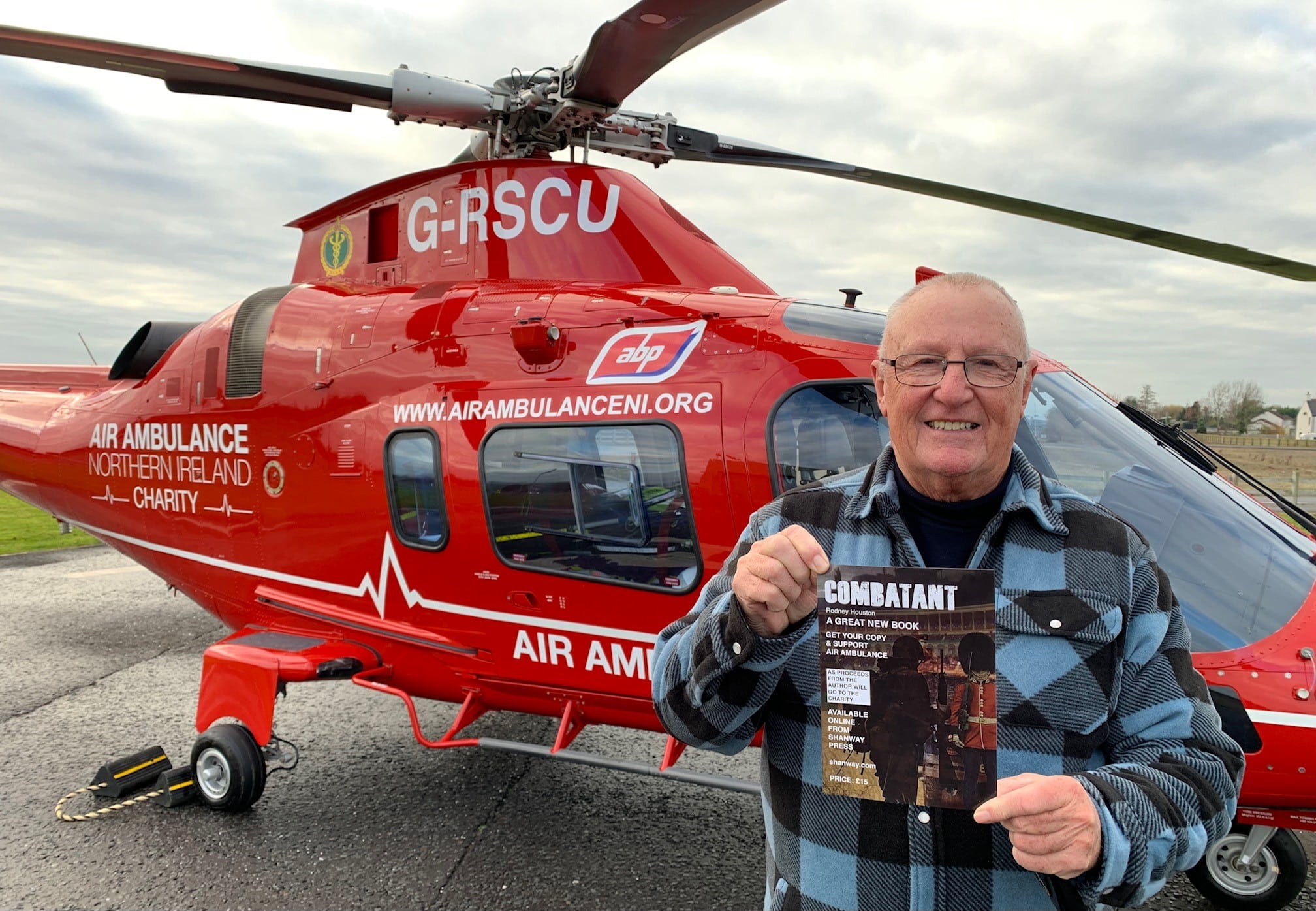 Pictured is Rodney Houston visiting the Air Ambulance Northern Ireland base in Lisburn to promote his new book ‘COMBATANT’.

A Portadown-based author is proving it really is the season of giving after generously agreeing to donate all the proceeds of his new book to the Air Ambulance NI.

Rodney Houston – who has just launched his new novel ‘COMBATANT’ – said: “I wanted to support the charity because the Air Ambulance helicopter service depends upon charitable donations to keep flying to the scene of emergencies.

“They provide incredibly good work – who knows they may save your life or the life of a loved one some day.”

The service brings urgent and direct pre-hospital care to those seriously ill or injured anywhere in the province, operating seven days a week for 12 hours per day. It can get to anywhere in Northern Ireland in approximately twenty-five minutes with the aim of saving lives, brains and limbs.

The service operates 365 days of the year, attending on average to two patients a day. Each day costs in the region of £5,500 to keep the medical team in the air, attending to those who critically need it most.

As a charity, the service relies entirely on support from the public and local businesses. It’s not only the medical crew who save lives, but the people who support the service.

Author Rodney hopes his gesture will help keep the Air Ambulance responding where and when needed most.

And anyone who would like to support Rodney support Air Ambulance NI can do so by buying his book.

You’ll have some great reading material and be making a difference.

So what’s ‘COMBATANT’ all about? Best to let Rodney explain…

“This the story of a man’s personal transformation from violence to finding other ways of solving differences,” he said. “My unusual tale starts in Belfast in 1972 at the height of the Troubles and moves to Israel during the time of Jesus.

“From strife torn Belfast to hate filled Israel this is an esoteric tale which defies the usual boundaries of time, distance and space.”

Rodney has been greatly supported in this project by Shanway Press who have also been very generous.

‘COMBATANT’ can be purchased in time for Christmas from Shanway Press at www.shanway.com for £15. Every donation will go directly to Air Ambulance NI.