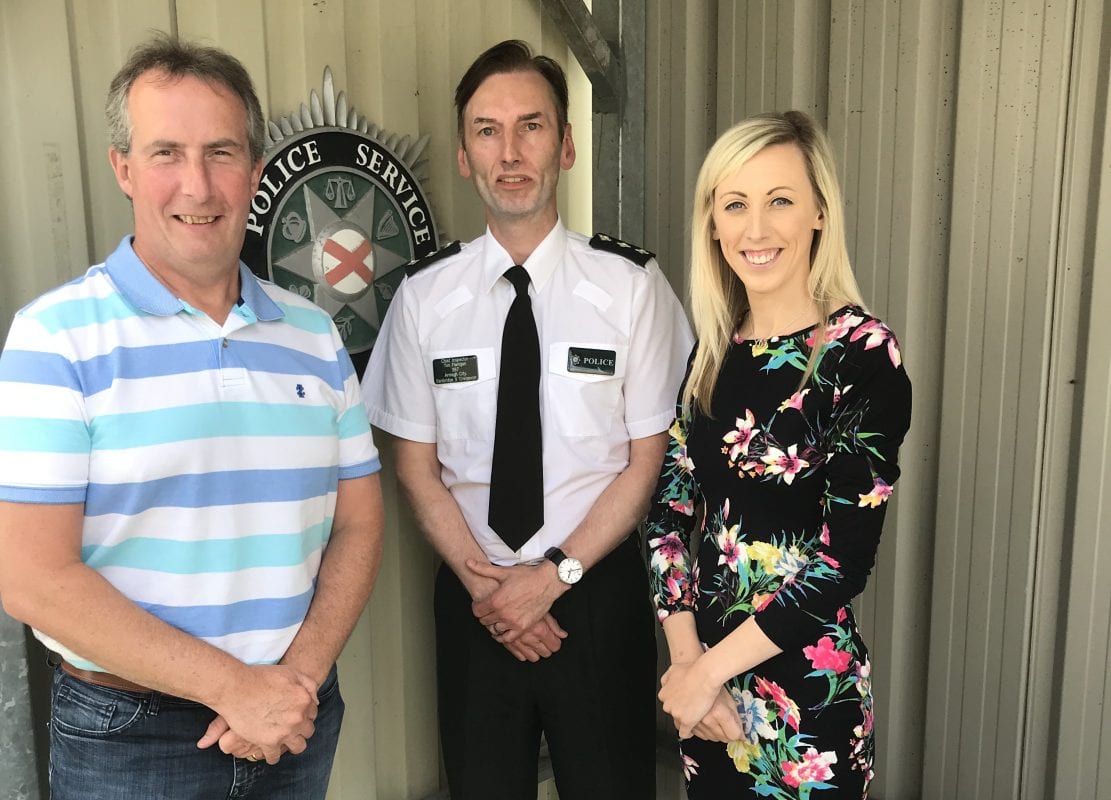 Policing at Drumcree is to be stepped up after a PSNI officer and civilian were struck by a vehicle during a parade.

The assurance was given to local DUP representatives by new Chief Inspector Tim Flannigan during a meeting to discuss local policing.

Upper Bann MLA Carla Lockhart and councillor Lavelle McIlwrath, Chair of the Policing and Community Safety Partnership, took part in the meeting which saw discussion on a number of different issues.

Chief Insp Flannigan is new to the area having succeeded Chief Insp Jon Burrows, who left on promotion, and the DUP team were keen to meet with him to discuss what they described as “emerging issues” across Upper Bann.

Speaking afterwards, they said it had been a “great opportunity” to meet the new Chief Inspector and to “impress upon him the need for community engagement on the back of recent controversial policing decisions”.

They said: “We have always had good engagement with our local policing teams and senior officers who have always made time for us and the local community.

“On occasions we have differing views on operational policing decisions. We remain committed and supportive of their role within society in keeping us safe on a daily basis.

“C/Insp O’Connor and C/Insp Burrows made a great team locally with significant results on drugs, dissident activity, burglaries and other policing matters.

“We hope this working relationship and proactive approach will continue.

“We were assured that as any police officer should be, he was committed to reducing crime and restoring community confidence where it had been damaged.

“One particular issue we raised was that of policing local parades in the wake of a recent incident at Drumcree.

“A civilian and a police officer were injured when a vehicle drove into the parade.

“We were given assurances that policing at Drumcree would increase and that as part of that review the police would look at the policy around vehicles being allowed through a town when parades are ongoing, particularly HGV lorries.

“It is imperative that there is a good collaborative relationship and support for policing from all sections of the community and to that end we would encourage communities to engage locally and work together to eradicate criminal activity by lawful means.”