Police say up to 30 youths gathered drinking and smashing bottles 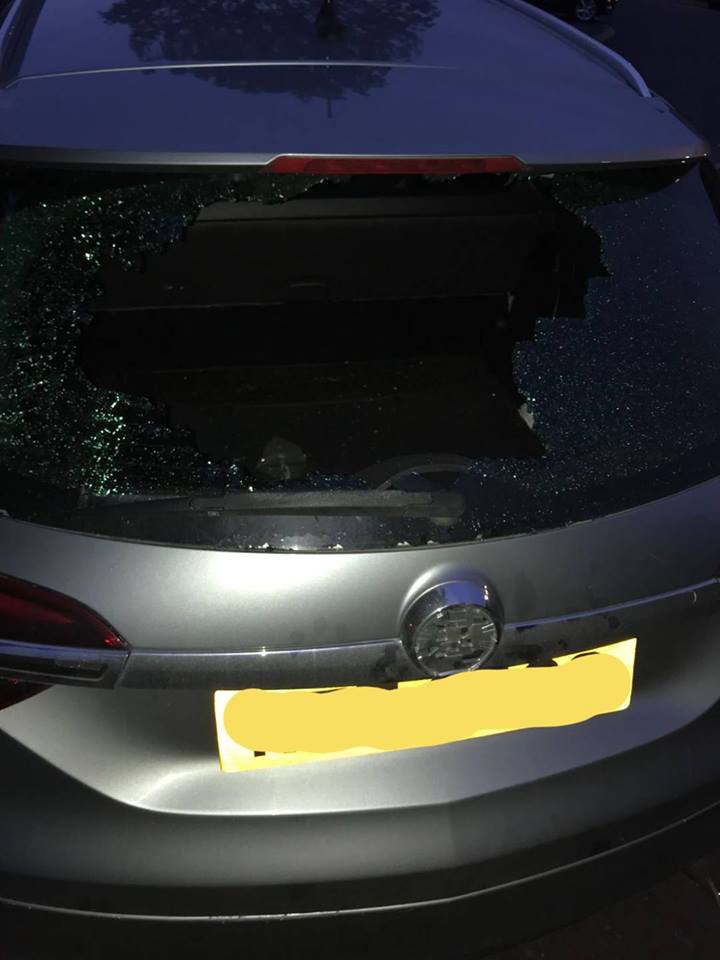 Police officers were attacked and a car damaged after they were pelted with bricks and bottles.

The incident happened in Portadown on Friday night.

Officers said the car was taken off the road after being damaged and a window of the vehicle was shattered in the Garvaghy Gardens area.

It came after trouble had flared in the Ballyoran area.

Police say up to 30 youths were involved in the incidents which came after the crowd gathered in the residential area, drinking and smashing bottles, leaving elderly residents alarmed and upset.

Neighbourhood Policing Officers tasked to the scene came under attack from youths throwing bricks and bottles.

The PSNI in Craigavon shared details of the operation on social media and revealed: “Our guys did what they do, and stood between the innocent members of the community and those who sought to bring violence to the streets.

“Stones and bottles landed on the road, covering it with broken glass, and narrowly missed several of our neighbourhood officers.

“We got hold of two of the boys, one of whom suddenly changed his tune and so after arrest was released for report. The other wasn’t so wise, so was arrested and taken to custody.

“As the guys were dealing with that, Portadown’s top coward struck, smashing the back windscreen of one of our vehicles before scurrying off towards Garvaghy Park.

“If you know anything about this, witnessed it, or have heard a name mentioned, join the others who have already stepped forward.”

Police appealed to anyone with information to get in touch on the non-emergency number 101, quoting reference number is 1125 of 31/08/18. Information can also be passed via the Crimestoppers charity on 0800 555 111.

Officers have also thanked the community for their support and concern and enquiries about their welfare after Friday night’s incidents.

Finally, a thank you to the community for your concern. None of our officers were injured fortunately, but have all been made aware of the overwhelming number of concerned comments about their welfare last night. We all very much appreciate that, and it spurs us on to keep doing what we do.