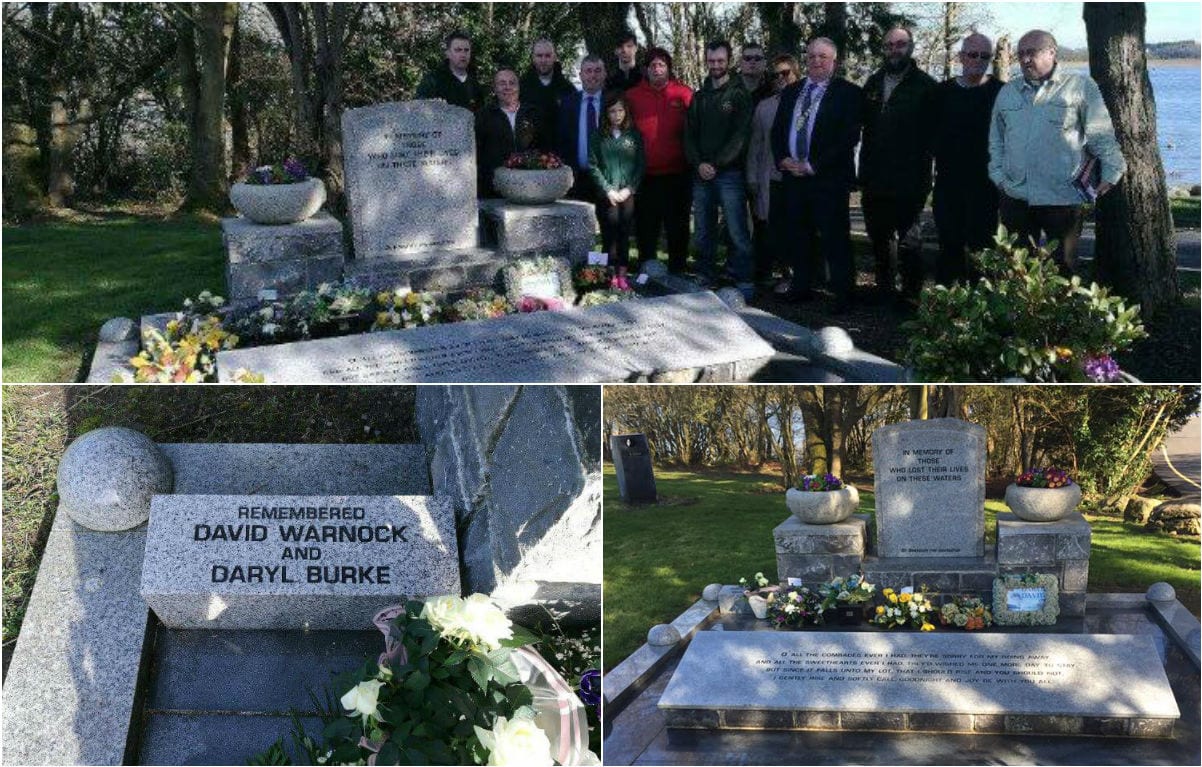 Family and friends of two Co Armagh anglers who lost their lives on a fishing trip three years ago have made an emotional return to the scene of the tragedy.

Twenty-seven-year-old David Warnock, originally from the Orangefield area of Armagh, and Daryl Burke, were part of a six-man team from the Portadown Pikers who made the ill-fated outing to Lough Ree in Athlone, Co Westmeath, in March 2014.

Both men had been on a boat with John Trimble, 61, when it capsized. Mr Trimble, from Markethill, survived, while Mr Warnock, a father-of-one, was taken from the water but passed away in hospital.

It was 16 days before Mr Burke – a father-of-four, from Portadown, his fourth child born after his tragic death – was found and recovered from the water after intensive searches.

Locals travelled on a daily basis to help out in those searches, and sending supplies to support the rescue teams.

The tragedy was a devastating blow for the Portadown Pikers and the many family and friends of both men, who will never fully comprehend or come to terms with how such a fun-filled outing should have ended in such unimaginable loss.

But now these fine and dearly-loved young men will always be remembered thanks to a poignant gesture led by the RNLI Athlone.

This week a memorial service was organised and a bench unveiled, dedicated to both.

The provision of the bench, which reads simply ‘Remembered. David Warnock And Daryl Burke’, was thanks to Coosan Community Group, Kevin ‘Boxer’ Moran TD and Damien Delaney, of the RNLI, who acted as MC on the day.

Jill Quinn, Secretary of the Portadown Pikers, was among those who participated in the Lough-side service on what was described as a “beautiful day”.

She told Armagh I : “It was a fitting tribute for Portadown Pikers’ members David Warnock and Daryl Burke.

“They were great ambassadors for fishing and they will be forever in our hearts.”

Portadown Pikers also laid their own floral tribute, made up of spring flowers and lilies, and bearing their logo.

They are overwhelmed by the continuing support from the local community in Athlone, and have once again thanked everyone, including the emergency services and local dignitaries, for attending the service and for all that which they have done, and continue to do, to support them and in helping to ensure David and Daryl will never be forgotten.