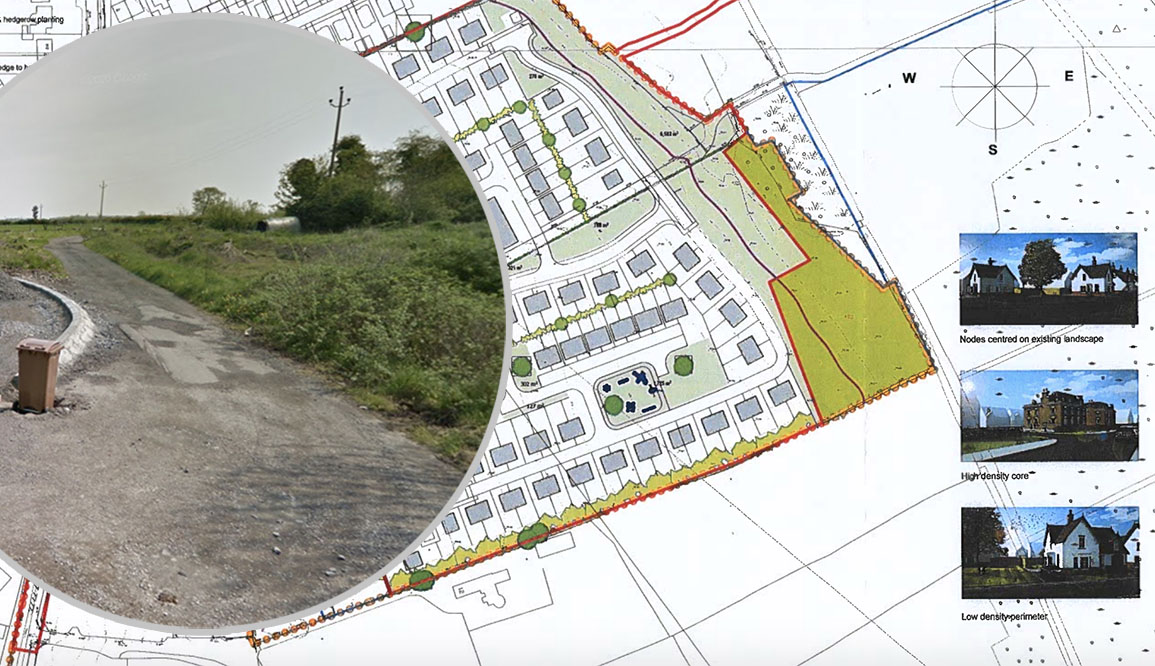 Outline planning approval has been given for a huge housing development – comprising 180 new homes – in Portadown.

And with an estimated cost by Construction Information Services of £15m, it would represent one of the biggest investments in the housing sector in County Armagh for some considerable years.

The site in question is at Tandragee Road.

This means the developer, Mr Alan Flavelle, will now be able to come back with ‘firmed up’ proposals and make an application for full approval.

It will be three years this summer since the outline bid was made.

All of the new properties – to be built predominantly on agricultural lands – will have their own garden.

The development is expected to include two-storey houses and, where appropriate, three-storey townhouses and apartments.

According to a design concept statement, the density of the scheme is “in keeping with those in the immediate surrounding area”.

It adds: “It will provide a good mix of house types, with varying ranges of bedroom numbers.

“It will create an attractive and sustainable place to live.”

The concept statement says the indicative layout, in responding to the physical nature of the site, is “traditional and simple”.

It adds: “Areas of public open space are provided throughout the indicative layout, thereby ensuring that all residents have readily accessible areas within a short walking distance of their homes.

The precise location – according to the papers to council – is listed as being on “lands at Tandragee Road Portadown (East of Nos 211 217 227 and 229 Tandragee Road North of 4 6 8 and 12 Harcourts Hill South of The Fairways Residential development) Portadown”. And among the reasons cited were road safety, potential for traffic build-up, sewage “problems” and its proximity to Brackagh Moss nature reserve.

One objector wrote: “Children cross this road for school buses. This will need to be addressed if there is to be increased volume in the area.”

And the same objector added: “It is proposed that there will be a 10 metre buffer zone between housing development and reserve, however, I feel this is insufficient to protect the wildlife in the area during building and after due to increaed human activity.

“As this reserve is deemed to be of importance due to its biodiversity this needs to be protected.”

Outline approval, however, has now been recommended for approval.

A full application will now have to be made and considered and approved before any work can proceed.