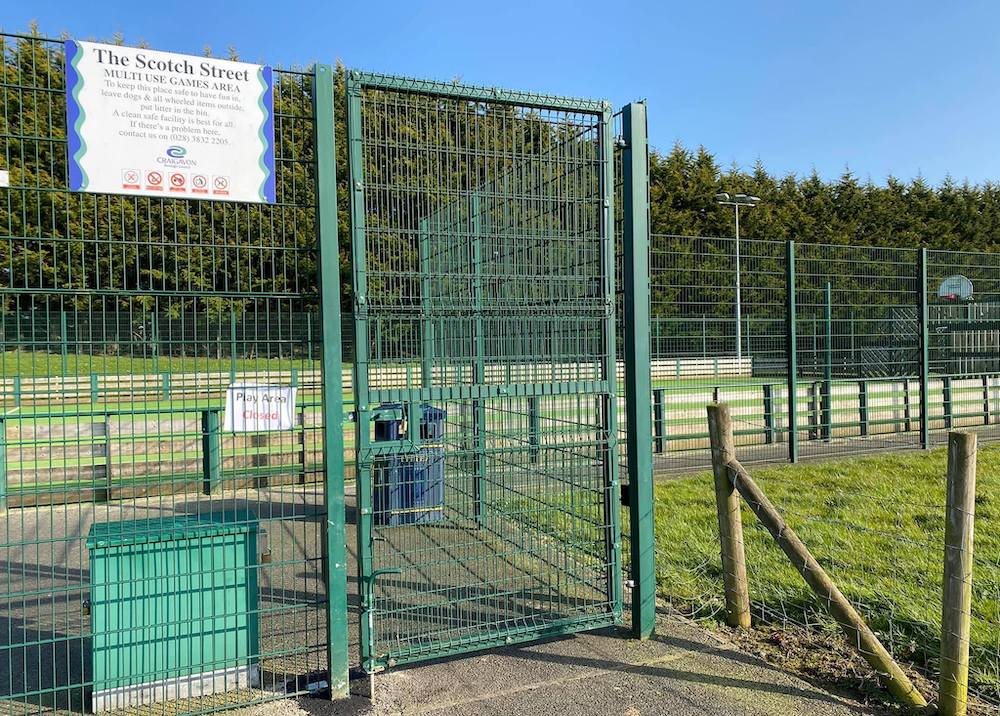 Council officers have been asked to look at the condition of a multi-use games area in Portadown after complaints of people suffering “quite nasty injuries” in recent times.

The matter was raised at this week’s meeting of Armagh City, Banbridge and Craigavon Borough Council’s leisure services committee.

It was DUP Councillor Lavelle McIlwrath who said the matter – relating to the MUGA at Scotch Street – had been brought to his attention “late in the day” and shortly before the committee sat.

He explained: “There was issues with the MUGA back in maybe December or January time. But they have kind of resurfaced again.

“One constituent has been on to me telling me that their group in the last two weeks have had two quite bad injuries on the pitch to the point that they’re not going to book the pitch any more. They’re going to Maghery to use the pitch there instead.”

Councillor McIlwrath said he wished to bring the matter to officers’ attention.

He also spoke of inspecting the facility himself to see if there were “any obvious issues”.

Added Councillor McIlwrath: “I think there was some repair done before. I’m not sure just of the shelf life there of the pitch at Scotch Street.

He said there appeared to be problems with the surface where “people are losing their footing with no-one anywhere near them”, adding that there had been a “couple of quite nasty injuries” in the past few weeks.

Council officers have promised to look into the matter.