Next up for Portadown Riversides project will see play facilities added as £270,000 first phase complete

£270,000 works completed with special milestone event as ABC Council reveals what it hopes to include in second phase 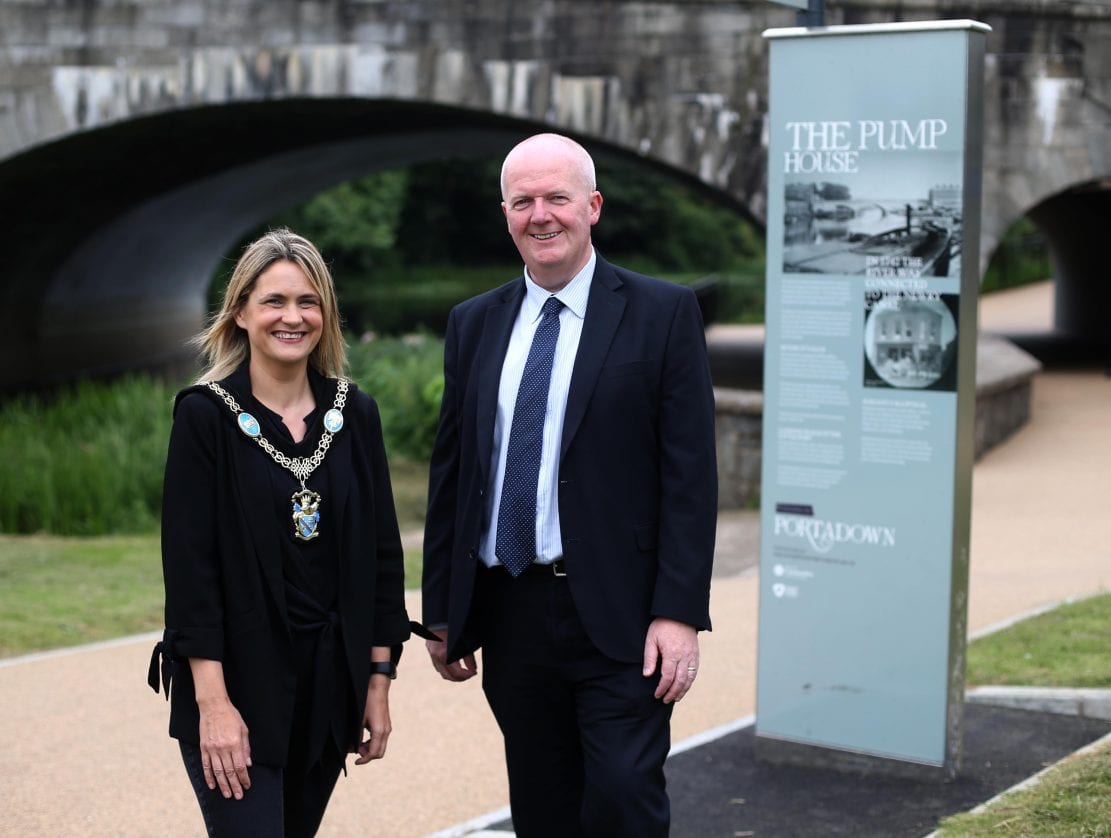 Lord Mayor Councillor Mealla Campbell and Paul Carr from the Department for Communities tour the Portadown Riversides area which has benefited from a £270,000 revitalisation project.

A £270,000 revitalisation programme in Portadown has been completed with a special event staged to mark the milestone.

And at the same time, a second phase will also be rolled out now, with play facilities, street furniture and signage among the elements planned.

The so-called Portadown Riversides Revitalisation project has focussed on the area between the Old Town Quay and Portadown Pump House.

Following the completion of a number of major developments – including Portadown public realm and linkages schemes and the recent regeneration of the Pump House, which is now operated by Ground Coffee -the intention is to further develop the riverside area and help to reposition the River Bann as an “attractive and desirable location” in the town.

Speaking during a tour of the Riversides area, Lord Mayor Councillor Mealla Campbell said the investment was testament to the ABC Council’s commitment to “regenerate our town centres and help them develop and become more sustainable”.

“By rejuvenating a beautiful and historic part of Portadown, we hope that people will experience the unique riverside offering and combine this with a visit to Portadown’s award-winning high street,” she added.

Paul Carr, from the Department for Communities, said the investment would further enhance Portadown’s offering and make the town “even more attractive, demonstrating our Department’s commitment to regenerating our town centres”.

The Riversides project works, part-funded by Department for Communities as part of their Lurgan/Portadown Environmental Improvement Schemes, and carried out by RPS Consultancy and CCNI Contractors, included resurfacing, additional lighting, extension of boundary treatment and additional terracing around the refurbished Pump House.