New outdoor market to open for traders in Portadown next week 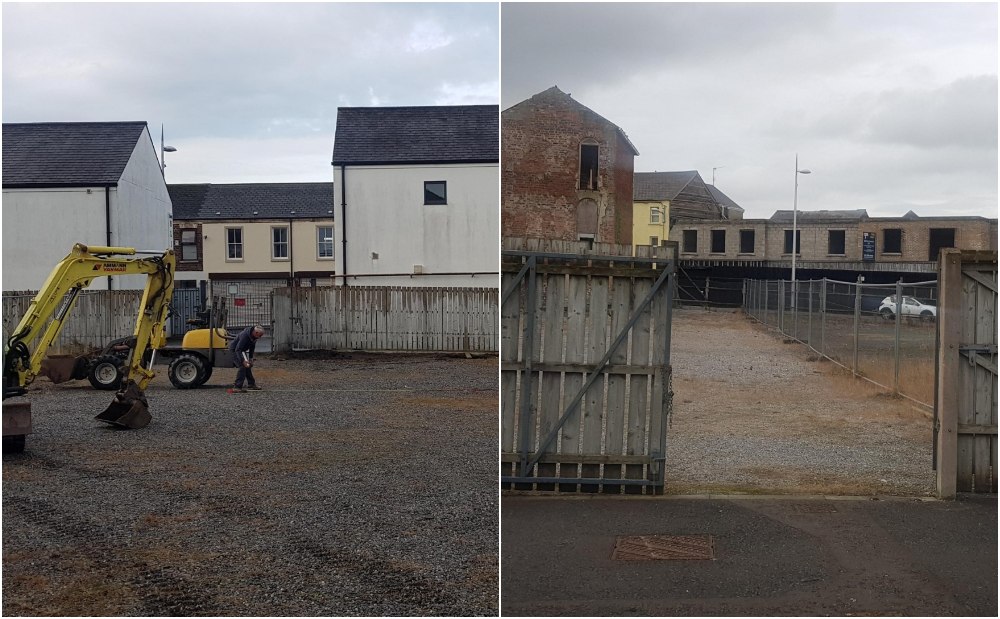 A new covered outdoor market will open to traders in Portadown next week.

It will be placed directly adjacent to where the traditional indoor market on William Street in the town ran for years.

Portadown 2000 – who run the market – said that the existing premises, especially since the Covid-19 pandemic, were no longer “safe or suitable for market trading and that change would once again become inevitable”.

A spokesperson for the organisation said: “A professional Health & Safety report supported this view and the very recent constraints on operating in confined space confirms that that closure was the right thing to do.

“However, rather than allow the town’s proud market tradition to disappear entirely, Millennium Court directors have acquired a large contemporary stretch tent to be erected adjacent to their current William Street premises in an effort to future-proof the market trading service.

“This new covered market incorporates inclusivity for all and will comply with all Public Health Authority guidelines and complement the Council’s plan for the town centre in terms of regeneration and revitalisation.

“Portadown, the second biggest town in the borough, has one of the highest retail vacancy rate in the area.

“Millennium Court’s new covered market will bring in additional traders and contribute to job creation and economic activity in the borough.

“In the longer term, Millennium Court directors will be keen to support Council and Department of Communities and Department For The Economy’s aspirations for more evening and twilight economy events.

“It is hoped that our investment in the new covered market will also assist community planning objectives of longevity and sustainability as we move forward in the new decade.”

However, the move away from the traditional indoor market on William Street has been met with opposition from a number of traders.

A petition against the move was signed by more than 1,000 people and handed into Armagh, Banbridge and Craigavon Borough Council last week.

Some traders say the new location is less secure, and more open to vermin plus the cold weather could prove an issue moving into the winter months.

The new covered market will operate from 8.30am until 2.30pm on Fridays and Saturdays and will open for the first time on Friday, October 2.

Anyone interested in joining the market can email for an application at market@millenniumcourt.org.