'There aren't many options for men. People think men are supposed to be strong and not vulnerable and have mental health issues.' 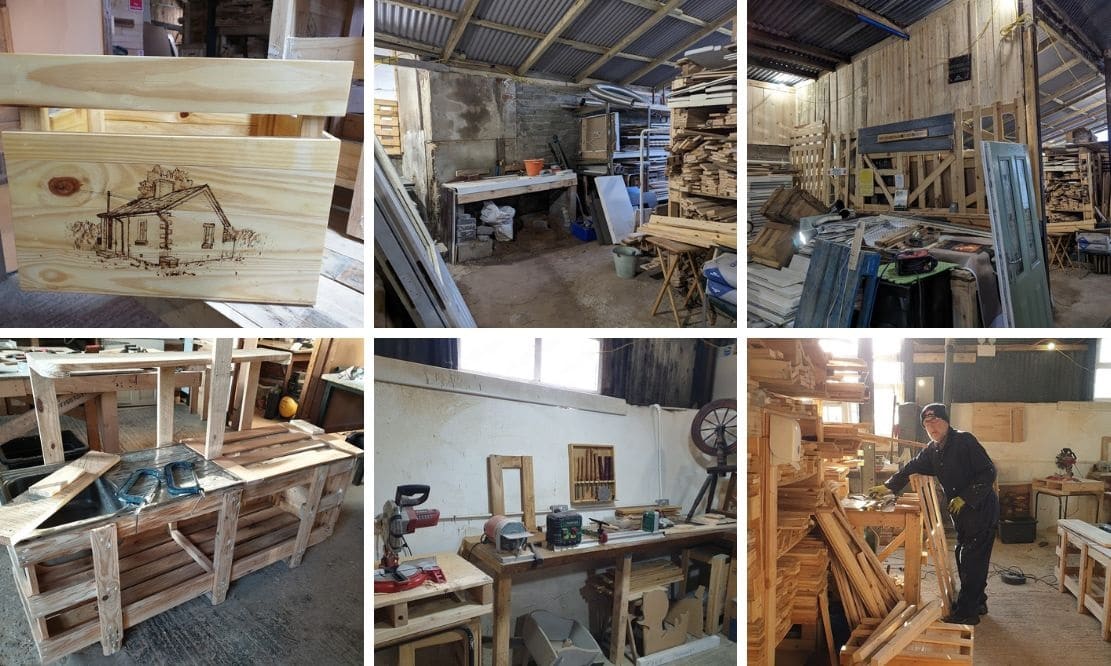 A group of County Armagh men have transformed an old shed into a hive of activity, saying that it provides the “distraction” needed to help with men’s mental health issues.

Annaghmore Men’s Shed exists to form a community where men can be involved in local projects, accepting all men over the age of 18.

All new members are welcome, whether they want to help out with the wood and metal work projects, or even if they are just interested in coming down for a cup of tea and a chat.

Men’s Sheds exist as community spaces to help men connect through different activities, with the aim being to help reduce loneliness and improve mental health. Coming from humble beginnings, the Annaghmore shed now boasts the best part of 20 members who are involved and contribute on the ground.

The men have been working on the premises since April 2022 and, although there is still a ways to go, it is barely recognisable from what it was when the group started out, after a committee was formed in early 2021.

There’s no commitment or pressure; men can call down when they see fit to help out with the projects and renovations.

The group have been making a name for themselves recently, even landing a visit from Upper Bann MP Carla Lockhart.

In 2022, they organised a series of workshops which brought groups of young people into the shed to make their own projects, tutored by a skilled craftsman.

Ian Matchett, who set the group up, says that he had a number of important reasons for acquiring the shed and getting the group off the ground.

A keen environmentalist, Ian saw a huge excess of timber heading to the skips on a regular basis and pondered how that material could be used for something productive. Today, that timber is put to good use by the Men’s Shed, making everything from mud kitchens to small storage boxes.

More importantly, Ian says that mental health is a significant factor in the importance of Men’s Sheds, with the simple “distraction” of finding something to do, being that big difference in the lives of those who are struggling.

“Suicide was something that I suppose drove me toward this type of thing, because of the number of people in Ireland, especially males, who have committed suicide,” Ian said.

Ian says he’s been a workaholic his whole life and that its difficult to get out of that frame of mind.

“There’s a lot of men sitting at home and they don’t know where to go or what to do. If a man comes to a place like this for a few hours, their wives know that they’re in a relatively safe environment.”

Ian says that governments are only starting to realise the mental health benefits and the opportunities available for men through Men’s Sheds across the island and further afield, adding that many have neglected men’s mental health issues in the past.

“There aren’t many options for men,” he said. “People think men are supposed to be strong and not vulnerable and having mental health issues.” At Annaghmore Men’s Shed, the camaraderie is second to none, with friendships striking up and those involved actively chatting and planning outside of shed hours.

Every man at the Men’s Shed does his bit, and Armagh I spoke to just a few of those involved about their experiences with the shed and how it has benefitted them.

Raymond, from Richhill, initially came to the shed to “have a cup of coffee and read the paper”, but the next thing he knew he was fixing the switchboard!

He said: “I think there are a lot of guys out there like myself who are retired and think, ‘what do we do’?”

Raymond says that despite being born five miles outside Richhill, he has worked his entire career in Belfast, meaning that he wasn’t able to get to know his local community.

“My wife is from Wexford, and I get introduced in the village as her husband,” he laughed. Involvement in the Men’s Shed allowed Raymond to meet local people and help out with a project in the area.

He adds that the big benefit of the Men’s Sheds is that it just gives you “something to do”, alongside the “camaraderie” of the men involved.

Kenneth is another regular to the shed. Described affectionately as the “chief engineer”, he says that, as he lives alone, he has more time to get involved in the shed.

“Everybody has their own way of going mad,” he said. “Everybody brings a bit to it and everybody takes a bit away from it.”

The future is bright for Annaghmore Men’s Shed, who are welcoming new recruits.

On January 28, they will be holding a stall at the Tak£500+ event organised by ABC Council at Craigavon Civic Centre, an event which allows people to vote on how public funds can be used to address local needs.