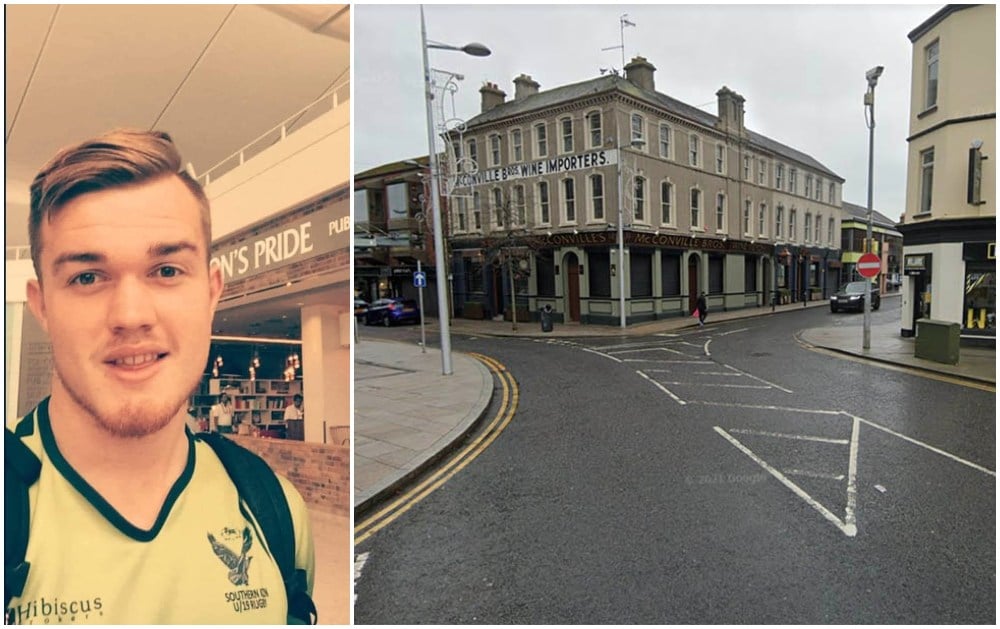 A murder enquiry has been launched following the death of Jake Bailey-Sloan.

The 23-year-old collapsed moments after being assaulted in Portadown town centre, during the early hours of Sunday morning.

He was rushed to hospital and, despite the brave and best efforts of doctors, never regained consciousness.

Detectives from the PSNI’s Major Investigation Team confirmed on Tuesday morning they had launched a murder investigation.

Detective Chief Inspector, Darren McCartney said: “We believe that the man was assaulted outside licensed premises at the junction of West Street and Mandeville Street, in Portadown Town Centre, at around 1:40am on Sunday morning.

“A short time after the assault occurred, it was reported that the man had fallen in the street and was taken by ambulance to hospital where he died on Monday evening.

“From viewing CCTV footage of the scene recorded at the time of the incident, I know there were a large number of pedestrians and motorists in the area.

“I am appealing to those pedestrians and motorists who were in the area at the time, to contact Major Investigation Team detectives in Gough on 101, quoting reference number 569 17/10/21.

“A report can also be submitted online using the non-emergency reporting form via http://www.psni.police.uk/makeareport/. You can also contact Crimestoppers anonymously on 0800 555 111 or online at http://crimestoppers-uk.org/.”