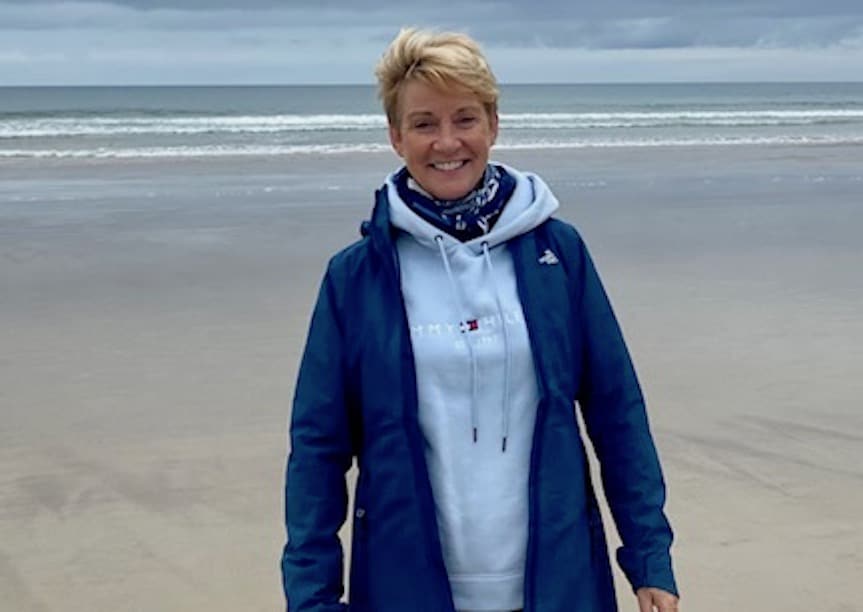 ‘A small rural school but it has always punched well above its weight’ is how outgoing principal Joan McMenemy described her beloved Derryhale Primary School.

Mrs McMenemy has been part of the Co. Armagh school’s tapestry ever since she first set foot inside its doors in 1989 – and she has overseen many changes in those 30-plus years.

But now, she says, is time for a change in her life.

Originally from the Birches, the immensely dedicated and passionate 57-year-old has decided it’s time to pass over the baton.

Chatting to Armagh I, Mrs McMenemy spoke with great pleasure as she recalled her first posting at the Portadown school; how times have changed through the years and her pride at the pupils who have passed through during her tenure.

“Derryhale has played a huge part in my life and I have mixed emotions about leaving,” she admitted. “I can honestly say I have absolutely loved working in this school and will miss everyone but I believe it’s time for a change of direction in my life and I look forward to the challenge of further study and a new career path.”

Mrs McMenemy first joined the team at the school back in 1989, at that time she was appointed for her music and IT skills but as she is first to admit, technology has come along way since.

“Back then we had one huge BBC computer the size of an American fridge-freezer and it was on a trolley. We had absolutely no internet back then either, so I got the job for my IT skills.”

Family commitments but those plans on hold but in 2000, the opportunity arose to take over as principal at Derryhale. She threw her hat into the ring and duly got the nod from the Board of Governors.

Mrs McMenemy recalled: “2000 – the millennium year – that was a big year for many. Mrs Betty Cassells, my predecessor, she created this beautiful tapestry with the children and this was going to be on display at the Millennium Dome.

“So I organised a trip to see the tapestry; email was this complete new thing then so we sent emails to the Dome and we went to London to see our emails; nobody would believe you that we didn’t have all the technology we have now.

“I can even remember having to organise an extension to the telephone line for the old dial up connection.

“But a lot has changed technology wise and it has just been about trying to keep up with that over the two decades. No more so than 2020; me and my staff had to learn new skills and adapt to teach the children online.”

Mrs McMenemy said she has often asked why she stayed so long at the same school and for her it because she completely supports the whole ethos of the school, “it is great wee school with a strong family atmosphere”.

She added: “It is a small rural school but it has always punched well above its weight. The children are given opportunities to develop as unique individuals, and it has been up to us as staff to recognise those talents and support them.”

Mrs McMenemy expressed her pride at the many pupils who have come and gone through the door of Derryhale throughout her 31 years there.

“Just seeing so many of our pupils move on to high schools to positions of responsibility; so many have been prefects, head girls, leading roles in the play.

“I just love when I meet a former pupil and regardless of academic success, they are responsible citizens that can look you in the eye and have a conversation.

“We are proud of achievements of those in the medical world, education, business, tradesmen, farmers, administrators; it is our job to make sure every child reaches their potential.”

On plans for the future, it would appear that there is no chance of catching Mrs McMenemy putting her feet up with plans to write a new chapter in her career.

A qualified counsellor, she has been working with a number of charities over the last few years and will now embark on a part time diploma to work with children and young people who have experienced trauma.

Said Mrs McMenemy: “I guess my passion has always been working with children; I actually don’t know where this is leading me but I think post-Covid there will be opportunities.

As she passes on the baton to incumbent Kelly Gardiner at the end of this year, Mrs McMenemy offered some words of wisdom. Kelly Gardiner is set to take over the reigns at Derryhale

“Just take it one day at a time, she is coming into a lovely school in a lovely community who will be very supportive of her.

“You don’t know what you will come into in the mornings, you have to be flexible and resilient. She seems like a lovely girl, she seems to have a real passion so I wish her every success as she leads the school into a new chapter.”