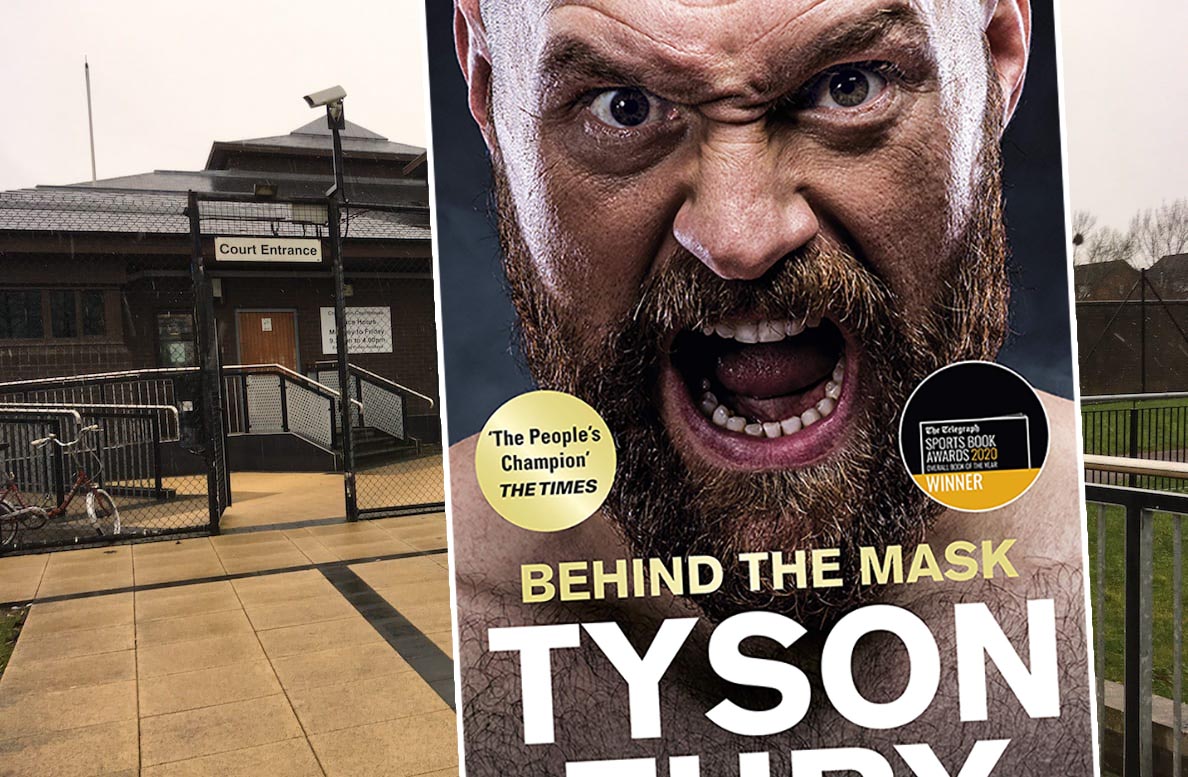 A man who stole a Tyson Fury autobiography and plant pots whilst accompanied by a man in a clown mask has been sentenced to three months in prison.

The 36-year-old’s barrister told court that his client was “off the rails” and “living hand to mouth” at the time of the offences.

Peter Klasovsky, of Tavanagh Gardens in Portadown, pleaded guilty to two counts of theft, attempted theft, criminal damage, using a vehicle without insurance, permitting no licence and permitting no insurance at Craigavon Magistrates’ on Friday, via videolink from Maghaberry.

Prosecution outlined that on January 14, last year, Tesco in Lurgan contacted police regarding two males who had been in the store at around 2pm.

One of the men was identified as this defendant, with the other wearing a clown mask, and both were observed to be under the influence.

The other man was seen to lift a book, namely, a Tyson Fury autobiography, and put it down his trousers, before accompanying Klasovsky  to the alcohol aisle.

Whilst there the second male, lifted a bottle of spirits. Both then exited the store with this defendant being handed the book after they left.

The same day, police were also contacted by staff at Lidl in Lurgan regarding to two suspicious males of the same description.

When asked to leave the premises, Klasovsky became aggressive and offered to fight staff, whilst the second individual placed a bottle of Smirnoff in his back pocket.

The alcohol was recovered but as he left this defendant stole a number of plant pots.

They were observed leaving in a Nissan Almera vehicle, which was being driven by a third male.

Officers located this parked a nearby filling station, as they approached Klasovsky exited the vehicle with the door striking a stationary Ford Focus parked near by.

During a search of the vehicle, police located all of the stolen items along with a clown mask.

This defendant confirmed he was the owner of the Nissan and that he had allowed the third male to driver, but it was later established this individual did not have a licence and was not insured.

When interviewed, Klasovsky admitted steal the Tyson Fury book but denied stealing the vodka and commented that he had not intentionally caused damage while opening his car door.

Defence barrister Aaron Thompson explained that his client had been handed a “considerable sentence” by the Crown Court and was due for release in three or four weeks time.

He explained that delay in this case was due to Klasovsky being diagnosed with lymphoma, commenting: “This is the first chance he has had to enter his election and plea.”

Mr Thompson asked that any sentence would not interfere with the defendant’s release date as upon exiting custody he would still be on “Crown Court licence”.

Deputy District Judge Chris Holmes commented that he was “not terribly impressed” as the matters for which Klasovsky appeared in the Crown Court occurred just two weeks following these incidents.

Mr Thompson explained that at this time his client was “off the rails” and “living hand to mouth”.

Deputy District Judge Holmes stated: “I am not going to deal with him in a way that will lead to no sentence at all.”

Klasovsky was sentenced to three months in prison, fined £650 and disqualified from driving for a period of three months.