Man stabbed in back as he sat outside Portadown cafe 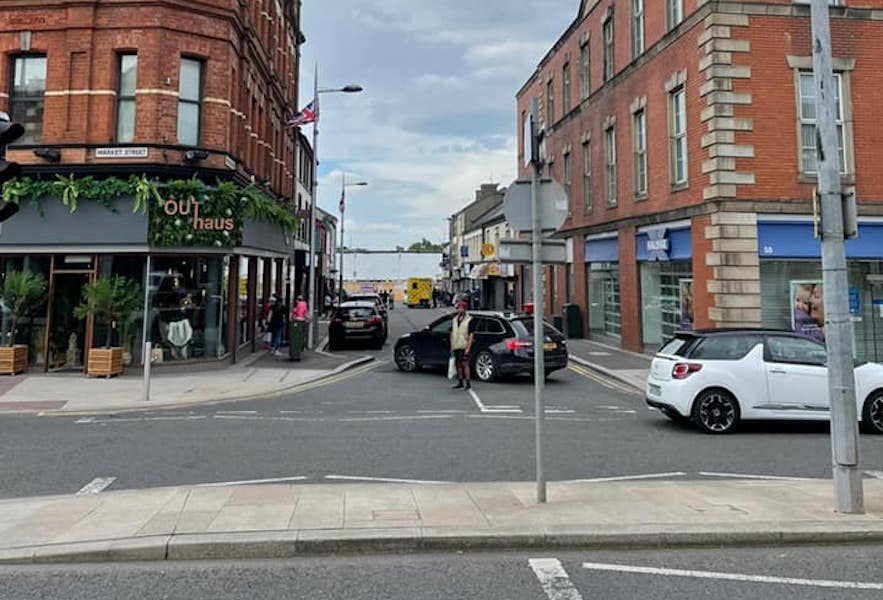 Police and ambulance on the scene at Woodhouse Street in Portadown. Photo: Carla Lockhart MP

Police attended the scene of an incident at Woodhouse Street in Portadown in which a man sustained a stab wound.

A report was received at around 2.05pm on Saturday afternoon that the man was sitting outside a café when he was stabbed once in the back by a male who then made off from the scene on foot.

The man was taken to hospital where he remains receiving treatment at this time.

The suspect was described as being approximately 5’11” tall, of slim build with dark curly hair.

An investigation is underway and anyone with any information about this incident or who may be able to help with the investigation, is asked to call detectives in Lurgan on the non-emergency number 101 quoting reference number 1052 19/06/21, or submit a report online using the non-emergency reporting form via http://www.psni.police.uk/makeareport/.

You can also contact Crimestoppers anonymously on 0800 555 111 or online athttp://crimestoppers-uk.org/.