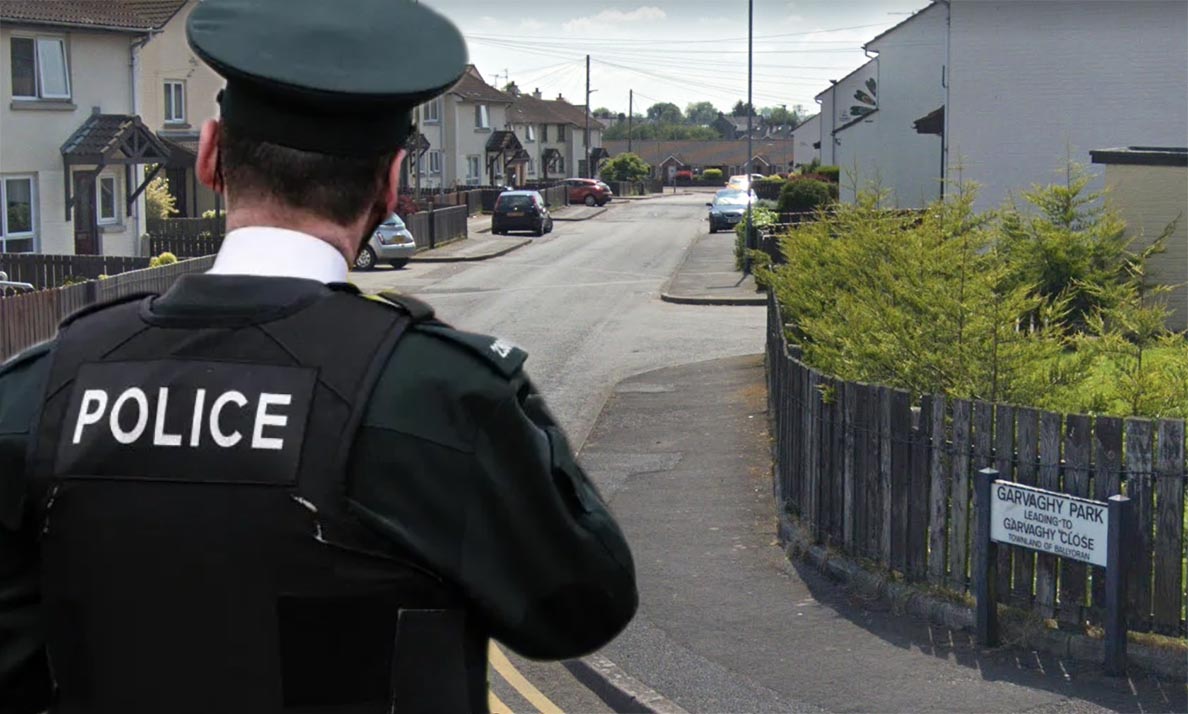 A Portadown man accused of beating his partner so badly she could barely see out of one eye has been granted bail.

The 29-year-old was arrested shortly after 7pm on Monday, September 27 after a witness reported hearing screams coming from a property in Garvaghy Park in Portadown.

The witness also reported seeing a woman at the window with a blood-stained top.

Police arrived at the property, which had all its lights off and the living room window smashed.

A prosecution solicitor told the court that the defendant presented himself at the window, but was abusive to police, telling them to “f*** off” before refusing to answer the door.

A female could be heard to scream or shout from inside the property at which point the defendant then allegedly closed the window and shut the curtain.

Police told Simpson they would have to use force to enter the property to which he allegedly replied: “Go get your big red key, I have a crossbow, I will shoot you.”

Police then spoke to this woman but she refused to co-operate, allegedly stating: “I’m not a tout.”

Simpson then allegedly came out of the property screaming at police and was arrested for disorderly behaviour.

On entering the property, police observed a lot of smashed glass and fresh drops of blood. There also appeared to be a smell of cannabis and “a clear sign of disturbance”, according to the prosecution.

There was also smashed bottles of Budweiser on the ground, a smashed TV, numerous doors damaged and ornaments and a mirror smashed.

Speaking to the alleged injured party, police claimed she appeared frightened but she alleged that girls had assaulted her earlier and would not provide details.

At this point, the defendant was further arrested on suspicion of assault occasioning actual bodily harm and an ambulance was called to tend to the injuries of the woman.

En route to custody the defendant allegedly spat on the inside of a cell van and was further arrested for criminal damage.

Police spoke with the witness – the reporting person – at length, who stated she heard loud shouting and screaming from 2.30pm onwards, and distinctly heard only two voices – a male and a female.

She alleged witnessing the female sitting on the window ledge threatening to jump out the window, shouting: “I’m going to do it.”

She also alleged that the man inside was mocking the woman for crying before pulling her back in. She heard bottles smashing and the screaming continued.

Later in the day the male was allegedly overheard mocking the female’s family and shouting how he had broken her phone, bank card and TV.

It is further alleged that the female occupant was pinned to the ground at which point the witness, having allegedly witnessed this through the window, phoned police as “they were concerned someone would get killed or seriously hurt”.

Police constable McIlwaine, who connected Simpson to the charges, told the court that the defendant had recently served a custodial sentence for an assault on the same woman.

She added that there was no statement from the alleged injured party, that she would not co-operate with police, however she did allow her injuries to be photographed.

Constable McIlwaine added: “Police believe the injured party is in fear of the defendant and that is why she won’t make a complaint.”

She added: “The injured party, according to police, appeared to be heavily pregnant but she denied this to police…Police believe she is vulnerable.”

District Judge Laura Ievers commented: “I can understand the approach police are taking in this case, because I have concerns given the background outlined to me and your criminal record but I am, albeit with some hesitation, prepared to accede to the application for bail but it will be subject to a number of conditions.”

Simpson was granted bail on the condition it was approved by police. He was also ordered to stay out of Portadown and to have no contact with the alleged injured party.

“Consider yourself fortunate you are being considered for bail because it was a fine line exercise,” she added, following an outburst from the defendant.

The case was adjourned until October 27.