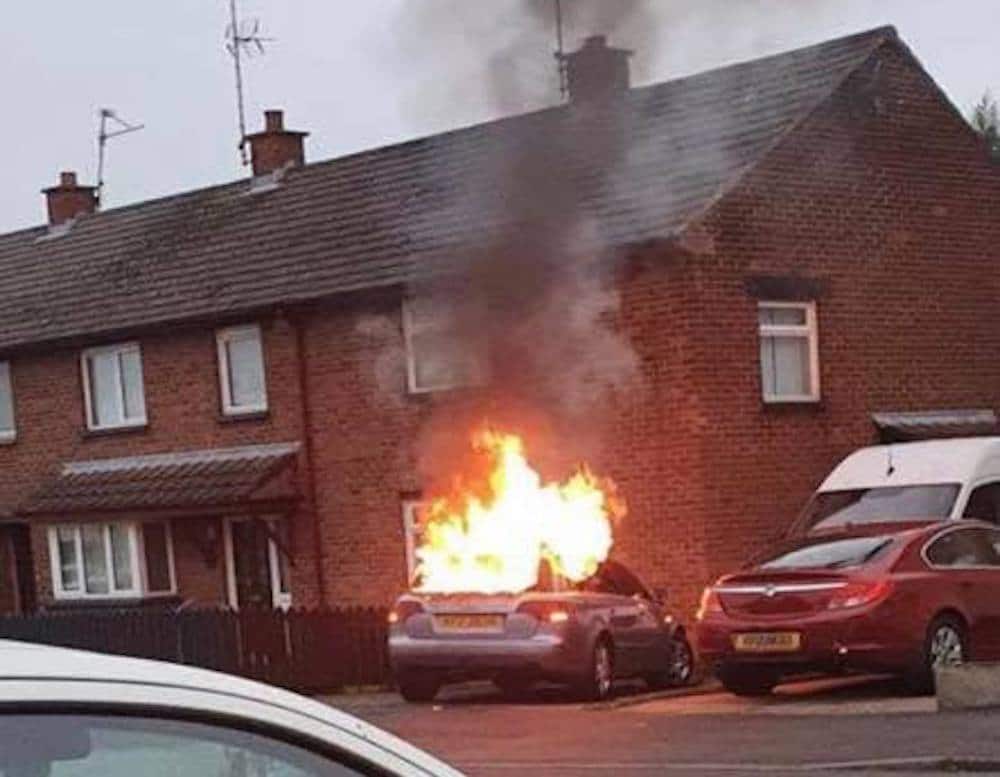 A car was deliberately set on fire in a residential area of Portadown earlier this morning (Thursday).

Emergency crews were despatched to the scene on Westland Road shortly after 5am.

One fire appliance from Portadown Fire Station attended along with police crews following a series of incidents, one of which included an arson attack on a car.

A NI Fire and Rescue Service spokesperson told Armagh I: “Firefighters were called to a car on fire in Westland Road at 5.15am this morning.

“They used one hose reel jet to extinguish the fire and the incident was dealt with by 5.40am. The cause of the fire is believed to have been deliberate ignition.”

A PSNI spokesperson this evening confirmed: “Shortly after 5.15am this morning, Thursday, 16 July, police received a report that a car had been deliberately set on fire and windows in two homes were also broken.

“At approximately 6.15am police received a report of a small fire in the Corcrain Avenue area of Portadown.

“Police are investigating a possible link between all three incidents.

“A 30 year old man has been arrested on suspicion of a number of offences.  He remains in custody at this time.“

Inspector Leslie Badger would appeal to anyone who witnessed any suspicious activity in either Westland Road or Corcrain Avenue to contact police at Armagh on the non-emergency number 101, quoting references 217; 272 and 309 of 16/07/20.

A report can also be made using the online reporting form via www.psni.police.uk/makeareport. Alternatively, information can be provided to Crimestoppers anonymously on 0800 555 111 or online at www.crimestoppers-uk.org

Meanwhile, police are appealing for information following the theft of a quad on the Blackisland Road, Portadown.

The quad was stolen between the hours of midnight and 9am this morning (Thursday).