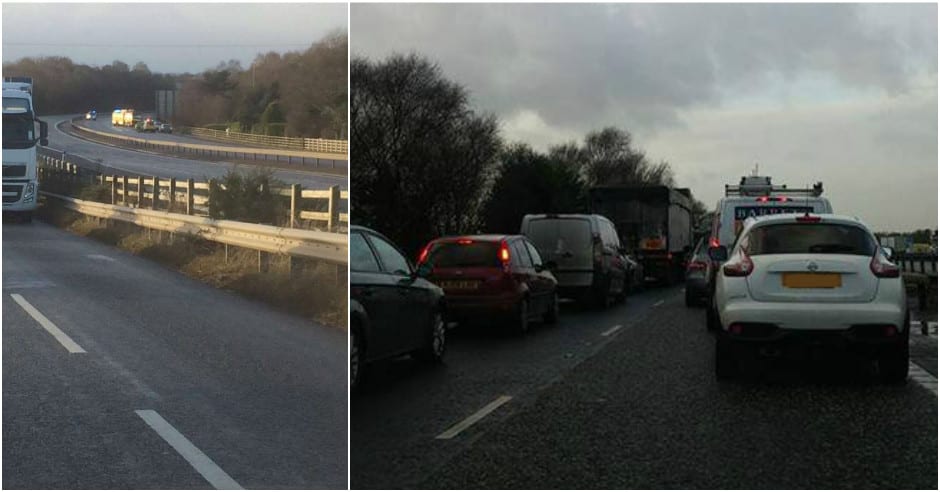 An eyewitness has described the moment she saw a car spin out of control on the M1 this afternoon.

The M1 have been closed in both directions following the one-vehicle collision around 12.30pm.

It happened near Loughgall, between junctions 13 and 14.

Emergency services, including paramedics, attended the scene but it is understood no one was taken from it.

Speaking to the Belfast Telegraph, UUP councillor for Dungannon Walter Cuddy said a friend of his daughter’s had witnessed the crash.

“It looks like a man driving towards Belfast lost control of his car completely. A friend of my daughter’s was in the car behind and seen it all happen,” he said.

“She’s 25 and would be a balanced young girl and called  it a horrendous accident, she’s in a really bad state as she saw it all first hand.”

“It’s just very sad at the mouth of Christmas.”

Traffic being diverted off at the Loughall roundabout, west bound.