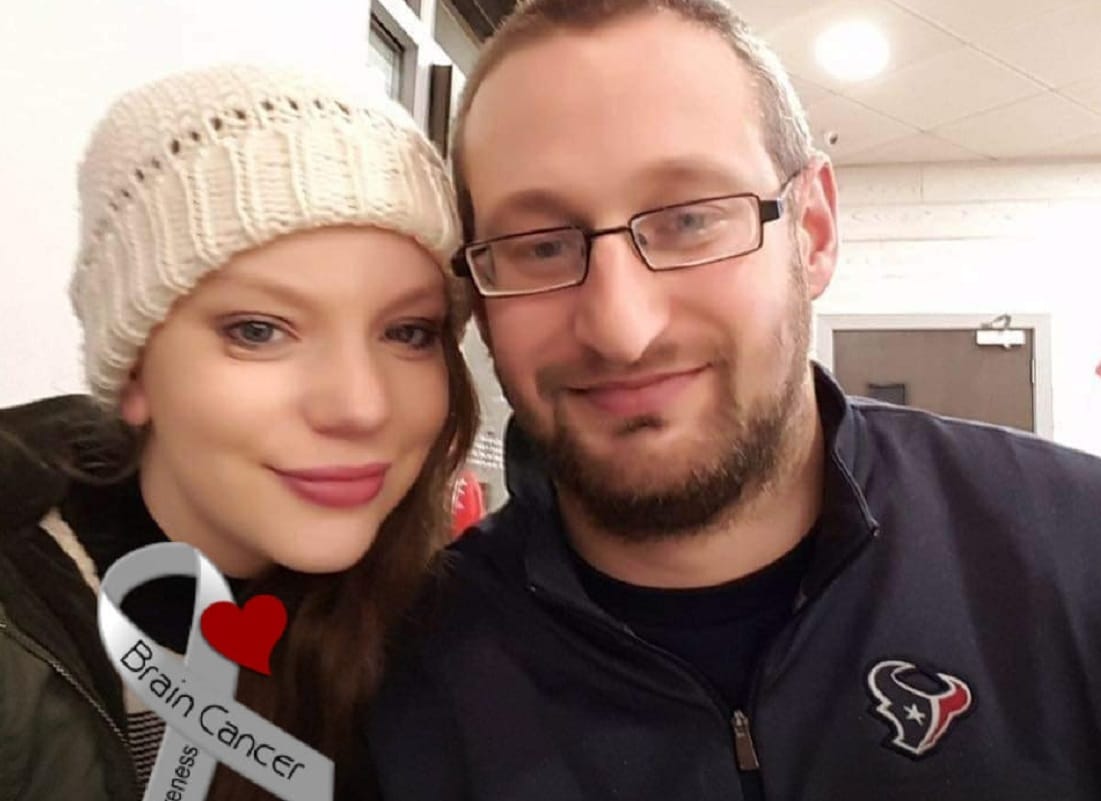 A young Co Armagh mum who fulfilled her dream of marrying her beloved partner after a fundraising appeal has lost her brave battle with cancer.

They had recently learned that Jade’s cancer diagnosis was terminal.

On the week before Christmas they had been planning for their wedding and Jade’s funeral.

The 28-year-old mother-of-two passed away on Saturday at her home in Portadown.

Jade had been engaged to long term partner Lee for seven years and it was her wish to tie the knot before she died.

The couple had married on New Year’s Eve, having brought forward their wedding.

Lee wrote: “She knew in herself that her time was getting shorter.

“We got married at home surrounded by close friends and family in a very intimate ceremony.

“Later that evening Jade fell asleep and sadly never reawakened. Jade passed away peacefully at home early on the 2nd of January with myself and Billy (dad) holding her hand.

“Our hearts are broken but at peace knowing Jade is no longer suffering.”

Lee has thanked everyone for their support.

He shared: “I have never met anyone so strong and caring in my life. For someone so tiny she had more strength than anyone I have ever met and fought so hard. She never complained and had a heart of absolute gold.

“Anyone who met her felt her kindness and was touched by her gentle nature. What a cruel cruel world we live in.

“A piece of my heart will be with you forever Jade. You will be forever missed, forever loved and forever my sister. I love you Jade.”

It was in November 2019 that Jade had been diagnosed with nasal polyps and had been referred to an ENT (ear, nose and throat) doctor for a check up.

It was then last May when Jade and Lee became extremely alarmed as the swelling had grown so much and it was discovered that there was a tumour behind her eye. She underwent a complicated surgical procedure.

Lee, speaking last month, explained: “Jade was told it was a very aggressive form of cancer, to do with hormones and that it could have manifested itself anywhere in her body.

“It is very uncommon and very difficult to treat as there is not a lot of research into it. So, within five and half weeks she was back in for a second operation between which time the tumour had almost grown back completely.”

Almost immediately after surgery, Jade went on to four block of chemo – each of these done over three days.

From September 28, Jade then began 35 daily sessions of radiotherapy with an hour and a half of chemotherapy on a Friday.

Because of the treatment Jade had to isolate at the hospital for seven weeks with only one person allowed to see her.

Jade was then allowed to return home for two weeks but had to go back to hospital on December 14.

Whilst back with the family, she began to suffer with pains in her back; she had trouble standing and could not get comfortable.

Sadly, four weeks from her last treatment, they were informed that the cancer had grown back very aggressively.

Just before Christmas they learned the devastating news that Jade’s cancer was terminal.

It was expected that she had months to live and a fundraising page was set up to help with funeral costs and wedding.

Jade’s funeral, which will be private due to Covid restrictions, will take place on Fridiay at 3pm.

“Jade Amanda, beloved and devoted wife of Lee, cherished mum of Ben and James, devoted step mum of Kai and loving daughter of Billy and the late Wendy. House and funeral private due to the current circumstances.

“Family and friends are welcome to pay their respects as the cortege leaves Milne’s Funeral Home on Friday 8th January at 3pm.

Family flowers only please donations in lieu of flowers if desired for the benefit of The Friends of the Cancer Centre c/o Milne Funeral Services, 59 Seagoe Road, Portadown BT63 5HS.

To the entire family circle we offer our heartfelt condolences.