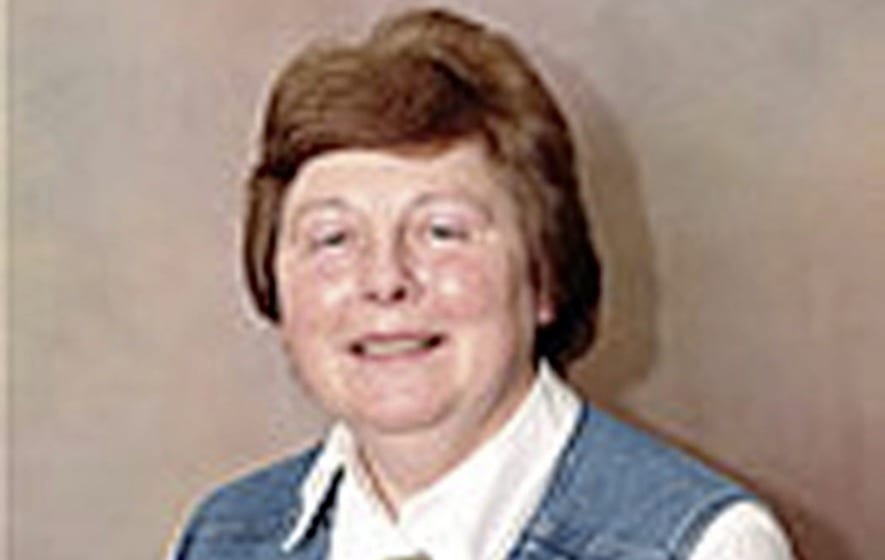 Funeral arrangements have been finalised for the two Christian outreach workers who died after a collision in Co Cavan last week.

Joan McAlister (pictured) and Ian Kennedy, both aged in their 60s, had been in a Jeep which was involved in a collision with a car on the N55 at Ballinagh on Friday evening.

Both were involved with Christian outreach and were highly-respected and much-loved volunteers with the Irish Evangelistic Band.

And it is to the IEB which the families of the deceased have each directed that donations in lieu of flowers, if desired, should be made.

Newry and Armagh DUP MLA William Irwin said he had known Ms McAlister for many years.

“She had been a dedicated Christian worker for many years and was involved with Christian outreach group the Irish Evangelistic Band, travelling across the country with the good news of the Gospel,” he said.

A funeral for Ms McAlister, who lived at Ballinteggart Road, just off the Dobbin Road in Portadown, will take place on Wednesday.

The funeral service is to Thomas Street Methodist Church, Portadown, for 2pm, followed by a private family interment.

A daughter of the late James and Violet, she is survived by her sister Valerie, brother-in-law Freddie, niece Esther, nephews Jonathan, Andrew and Steven, and great nephews and nieces Evelyn, Joanna, Timothy, Bella, Nathan, Jake, Hannah and Katie.

Ms McAlister’s colleague will be laid to rest the following day.

William Albert Ian Kennedy – who was known as Ian – was predeceased by his wife, Margaret and a sister, Jacqueline. He is survived by four sisters, Ann, Kathleen, Adeline and Audrey.

Mr Kennedy’s funeral on Thursday takes place in the Co Tyrone village of Donemana, near Strabane.

It will leave his late home on the Duncastle Road, Tullyard, at 1.30pm for a service in St James’ Church of Ireland, at 2pm.

Donations in lieu of flowers again are being directed for the work of the Irish Evangelistic Band and can be made care of any family member.

Our heartfelt condolences go out to both families at this saddest of times.