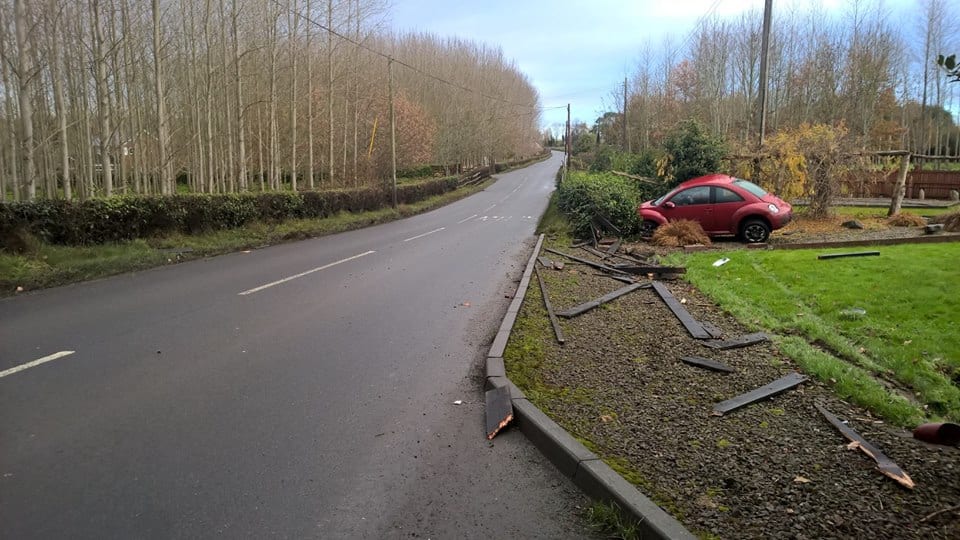 There have been calls for action to be taken at a local accident blackspot after yet another collision.

A Volkswagen Beetle has crashed through the fence and come to rest in a hedge on the main Markethill to Portadown Road.

The area has a long history of accidents.

It happened close to Burke’s of Cornascriebe.

Lord Mayor of Armagh City, Banbridge and Craigavon Borough Council, Alderman Gareth Wilson, has urged all motorists to exercise care and drive slowly on the corner after this latest incident.

While it is understood there were no serious injuries on this occasion, he has expressed his hope that the driver recovers from this ordeal.

Lord Mayor Wilson said: “There is a deep trench on the outer edge which is really dangerous. There is not even an inch of a run off.

“I have reported this again following the last incident where a lorry dropped in and made the trench quite deep.

“This trench needs filled up as soon as possible.”

The Lord Mayor intends again to contact the relevant authorities as a matter of urgency in the hope that remedial action can be carried out.