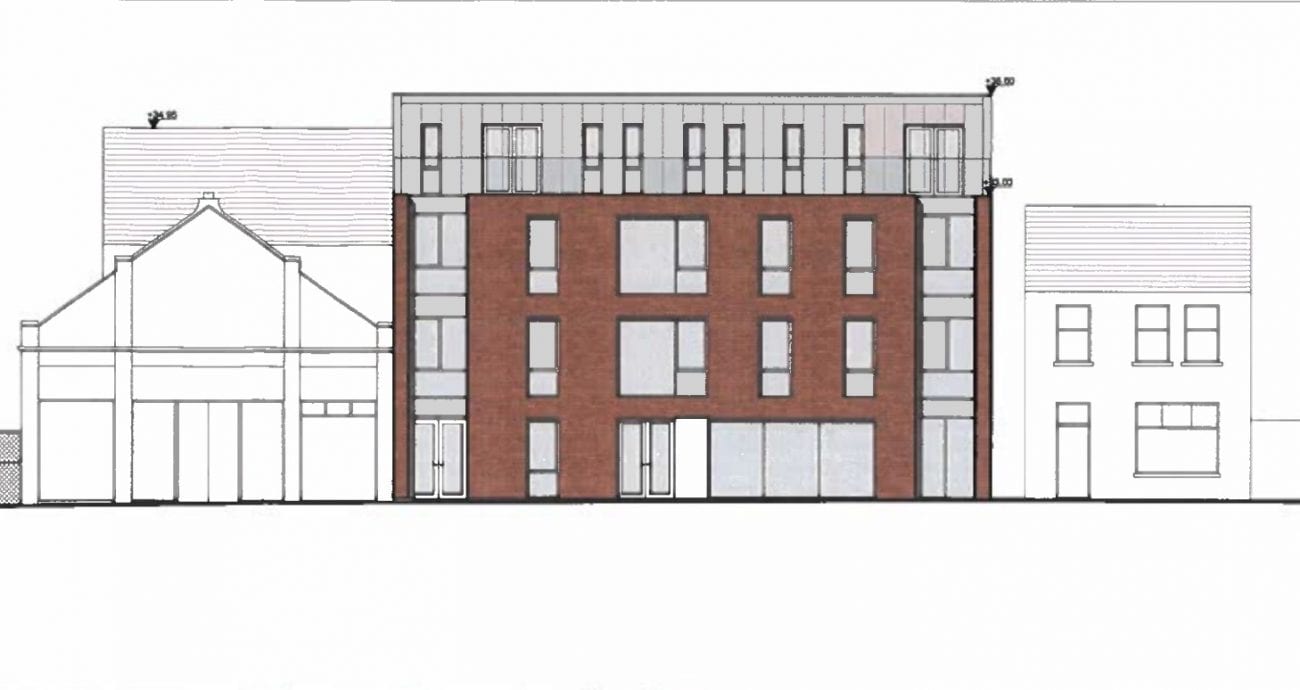 A new four-storey office and apartment block could be built in Portadown on one of the Co Armagh town’s most historic streets.

Edward Street is home to two listed buildings – the old Town Hall, which dates back to 1890, and Carnegie Library, another throw-back to Victorian times – as well as other structures of note.

Now a planning application could mean a case of the old meeting the new with approval being sought for a mixed-use development directly opposite the police station site.

The proposals – drawn up by the Manchester-base SHC Property Ltd – have been submitted to Armagh City, Banbridge and Craigavon Borough Council for consideration.

They would see the demolition of the premises at 14A Edward Street and building on what is currently described as a “brownfield site”; the site forms part of a terrace of buildings which front on to Edward Street. It borders an open yard to the rear which links on to Thomas Street.

In place of the demolished building would emerge a block of 14 apartments, stretching over three upper floors, with office accommodation taking up the ground floor level. The office aspect stretches to 345 sq metres.

The apartments would benefit from a disabled lift access to all levels and there would be bin and bike storage area to the rear.

According to papers submitted with the proposal the development would be a major asset and boost for the area if approved.

An in-depth accompanying statement to planners says: “The current building on site is in a rather dilapidated state having been vacant for some time.

“The proposed development will replace this with a new sensitively designed building which will provide a significant improvement to the streetscape and introduce new uses which will add vibrancy and footfall to this location.”

It says it will take account of “adjoining uses, design styles and materials” in the area.

The statement adds: “The proposed building will be constructed mainly in red brick up to and including second floor level with the third floor faced with seam cladding.

“Glass is used extensively, particularly on the front elevation, to tie in with the existing streetscape and reduce massing.

“The northern elevation has been set back to respect the neighbouring residential property and reduce the appearance of scale and massing.”

As a mixed use development the statement says it will “help create a more accessible, vibrant town centre, attract investment and activity and foster revitalisation and improve the mix of uses”.

It also insists it “respects the listed buildings” and, like they, “essentially consists of red brick construction and glazing at all levels”.

The proposals – which the applicant says will “greatly improve the streetscape” – are now to be considered by ABC Council officials before a recommendation goes to planning committee for decisions to be made.