While no details are available at this stage of potential tenants, closer inspection indicate the change of use to include a 'lettable unit for the sale of food or drink for consumption on the premises' 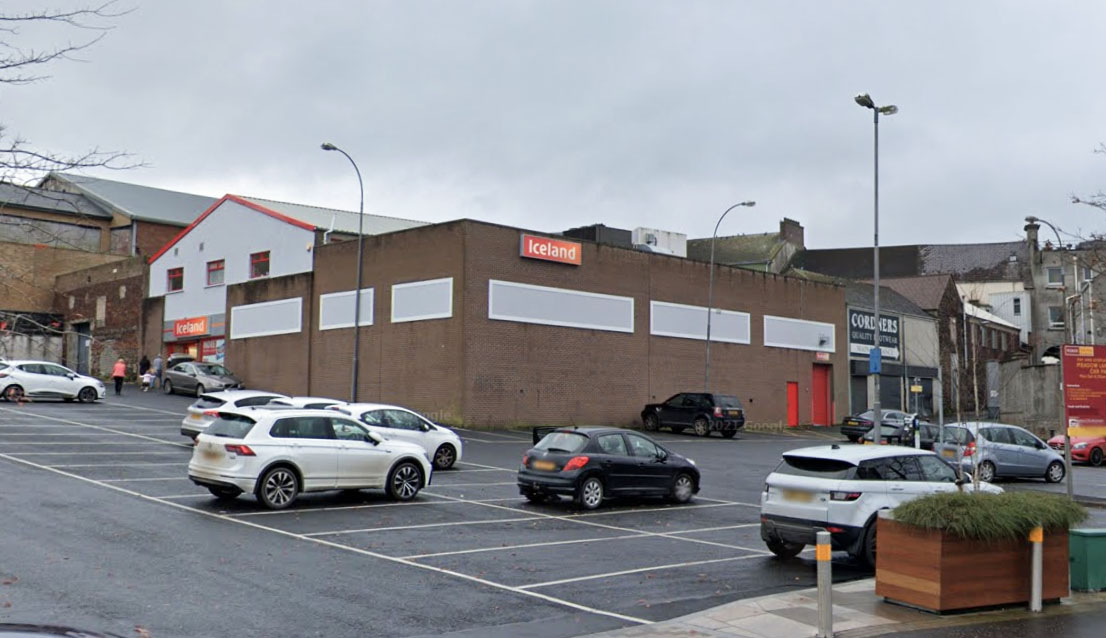 The former Iceland supermarket in Portadown looks set to be brought back into productive use with a major retail development on the cards.

The premises, occupying an expansive site at Meadow Lane, could be transformed into three new units in a new retail hub.

And while no details are available at this stage of potential tenants, closer inspection of architects’ drawings indicate the change of use from supermarket is to include a “lettable unit for the sale of food or drink for consumption on the premises”.

Proposals have been lodged with Armagh City, Banbridge and Craigavon Borough Council for consideration.

The applicant behind the scheme – which would see a two-storey retail hub emerge – is the Richhill-based Windyridge Farm Ltd Pension Plan.

The earmarked premises is described in the application as a “vacant supermarket with associated storage and ancillary spaces”.

The unit had been home to Iceland which subsequently opened within the nearby Range store at the Meadows Shopping Centre.

The applicant is hoping to create two new retail units at ground floor level, with a proposal for a change of use and external alterations to the Iceland supermarket.

It is also hoped for an extension and change of use at first floor level – from the existing storage area – to provide a further retail unit.

Collectively the three – which would have a shared lobby – would boast close to 8,400 sq of floorspace.