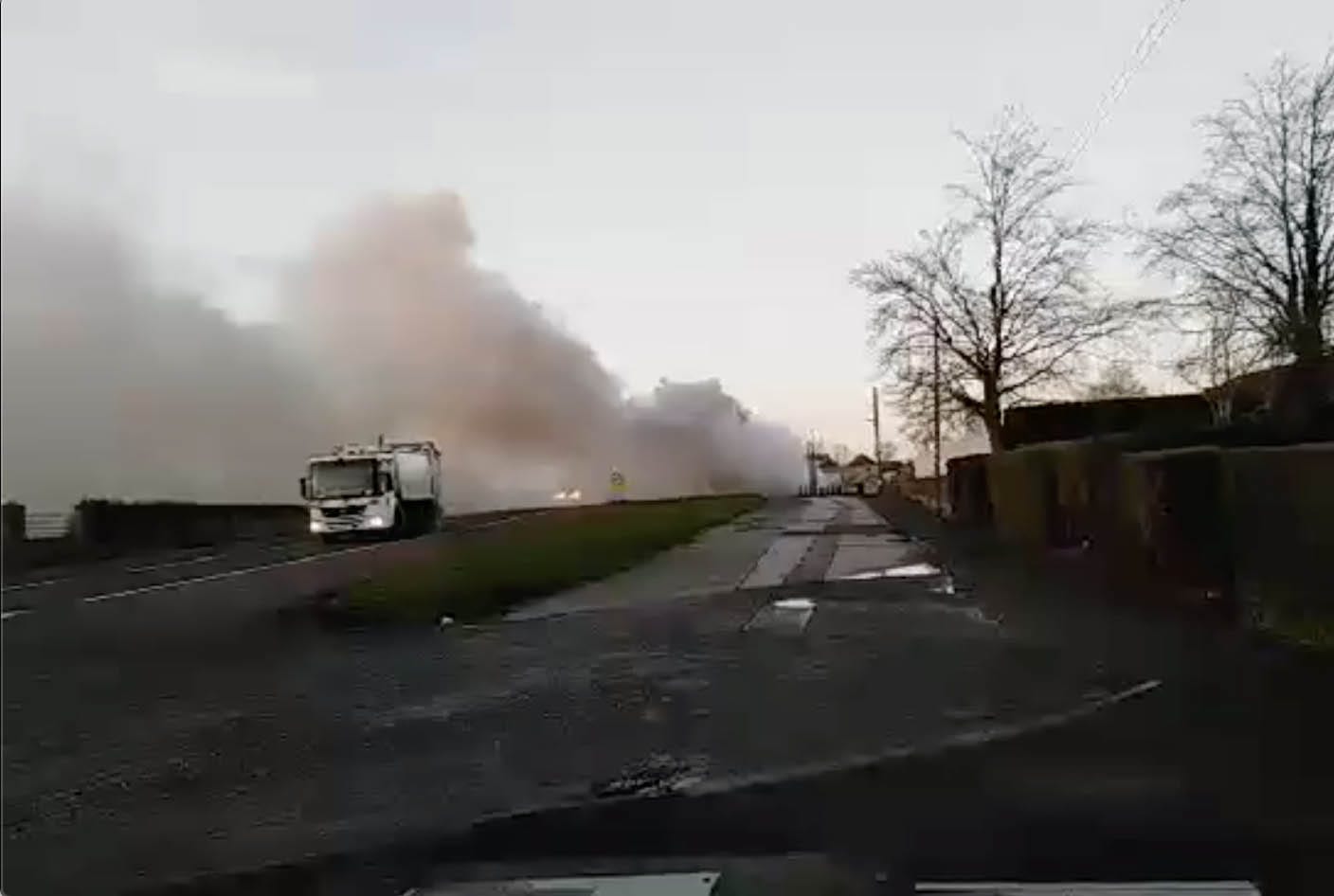 Smoke was seen billowing from a roadside café outside Portadown this morning (Friday).

Firefighters spent almost an hour dealing with the incident at the roadside unit on the Dobbin Road shortly before 9am.

Visibility was severely restricted for motorists travelling in both directions this morning as the fire took hold.

Two fore crews from the nearby Portadown Fire Station attended the incident, which was deemed accidental.

There were no reported injuries.