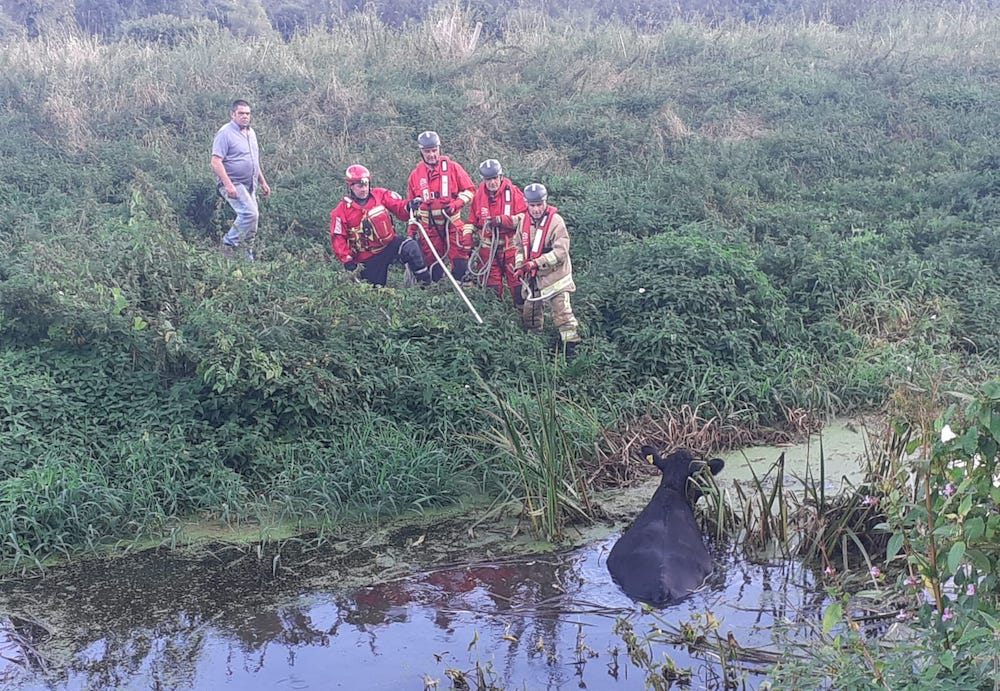 Fire crews battled to successfully rescue a cow from a canal outside Portadown on Tuesday.

The firefighters were assisted by a local farmer after the young bullock became entrenched in the Newry Canal, close to Moneypenny’s Lock.

They were also supported by the specialist rescue team from Belfast and a local farmer, who together brought the animal to safety. A NI Fire and Rescue Service spokesperson crews were called to rescue a two-year-old bullock that was stuck in the river along the Gilford Road in Portadown shortly after 10am.

Four Fire Appliances attended the incident – two Specialist Rescue Team Appliances, one from Portadown and one from Newcastle.

They used specialist animal rescue equipment and a farmer’s telehandler to rescue the animal from the river. The incident was dealt with by 12.15pm.