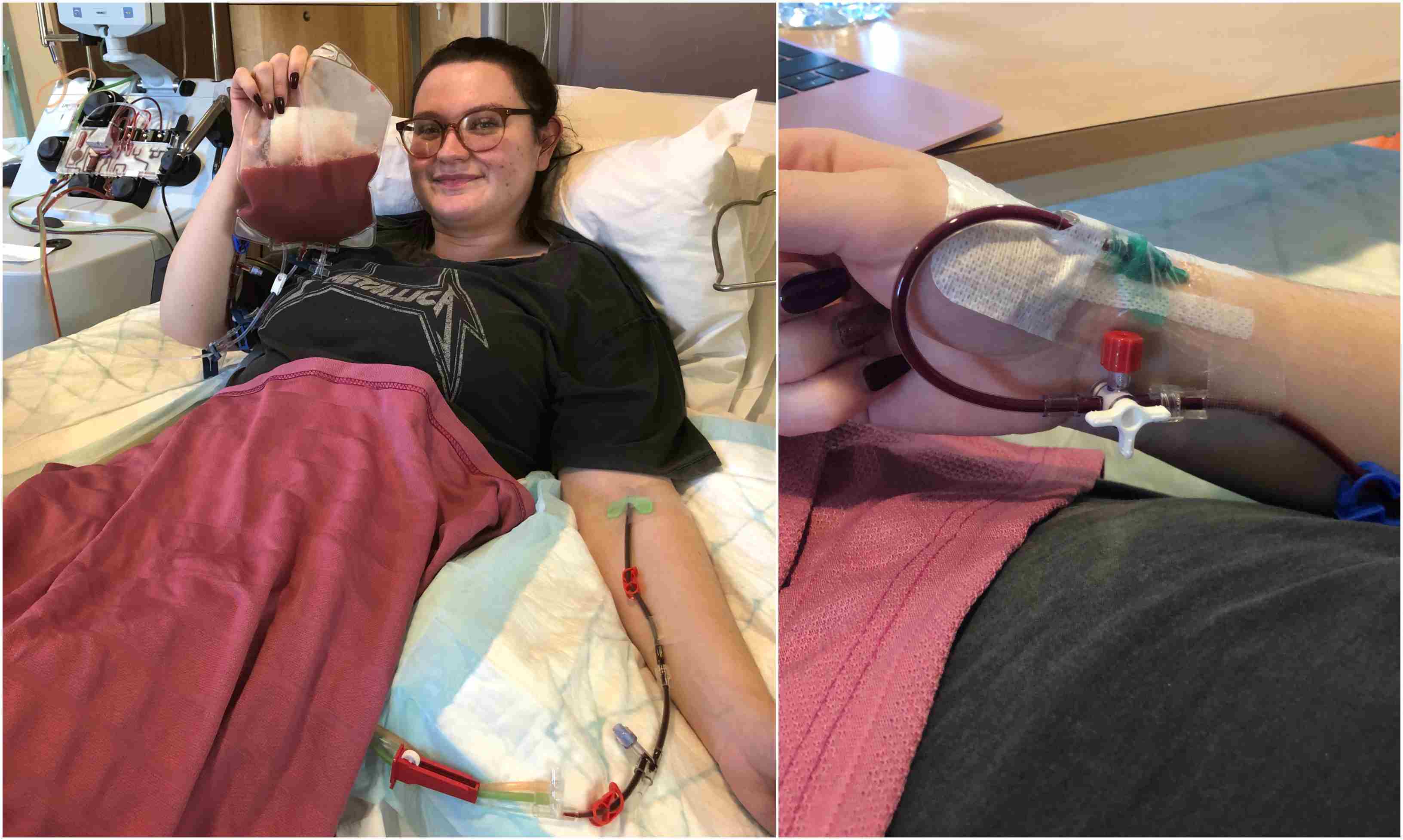 A Portadown woman who donated her stem cells says it was a chance to “give back to the universe” after her father survived cancer.

Niamh Cusack signed up with the Anthony Nolan register six years ago when she was a student at the Ulster University.

She did so after her own father was given a shock diagnosis and – while he has since been given the all-clear – Niamh has been able to help another in need.

She told Armagh I: “I never really thought much of it. I did it along with a few of my friends because we believed it was the right thing to do.

“They tell you that it is so highly unlikely that you will ever be a match but lo and behold this year I was contacted to say I was one.

“Shortly before I received news my father was diagnosed with a lymphoma; fortunately, he did not need a donor and recovered.

“However, I thought that this was the perfect opportunity to give back to the universe.”

Stem cell donation puts a frightening thought in many people’s heads about long needles being jabbed into bones.

However, Niamh explained that nine out of 10 donations are now made through blood.

She said: “They flew me out, with a friend, and put us up in a hotel in London.

“I was put into a sort of a dialysis machine which took blood out of one arm and pumped it back into another.

“It is really not such a big thing, three or four hours of your life to save another person’s – they even reimburse you for loss of earnings.”

The Portadown woman hopes that her story will lead to more people coming forward and signing up for the stem cell donor register.

“It is so simple, all you have to do is give a saliva swab and there are so many places to donate,” she added.

Niamh does not know the name of the person who received her stem cell donation as it is up to the individual if they wish to contact her.

She commented: “They could literally be from anywhere across Europe, but it is an amazing feeling that I could have improved someone’s life.”

For more information on how to get your name on the register visit the Anthony Nolan website at www.anthonynolan.org