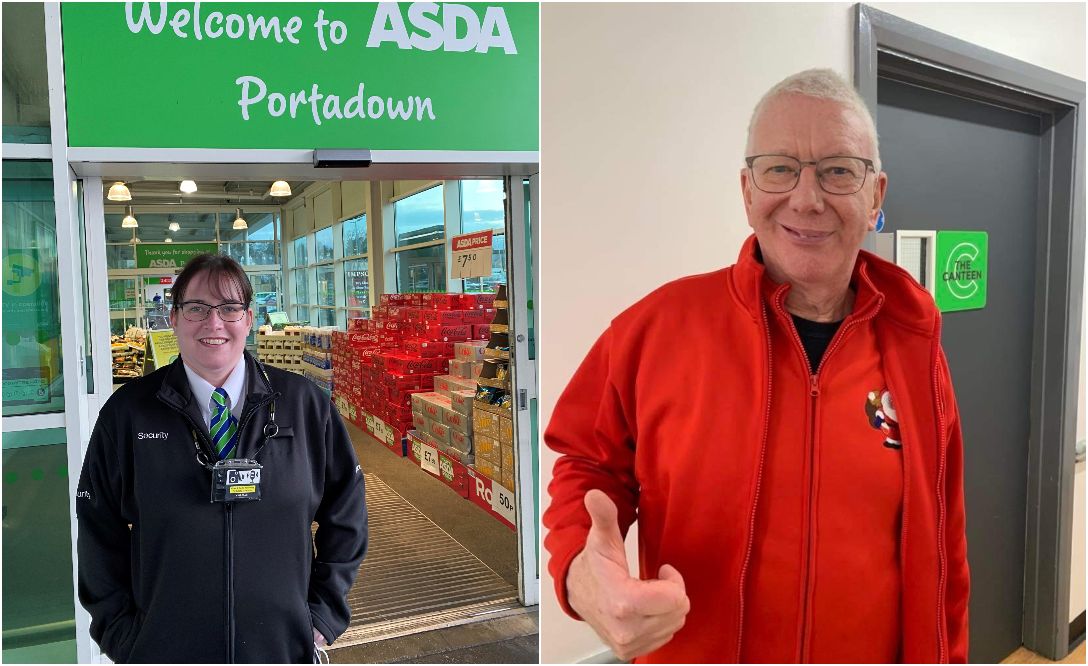 Ian Sloan and Karen Wilson immediately ran to the family’s aid and did everything they could to help.

Two colleagues from Asda Portadown have been commended for going above and beyond to help a six-year-old child who had a seizure in store.

The child was with his father when he suddenly became unwell, which resulted in a seizure.

Ian Sloan and Karen Wilson immediately ran to the family’s aid and did everything they could to help – even travelling to the hospital to make sure the boy was OK.

Karen Wilson, Security colleague at Asda Portadown, said: “We got an announcement in store for a First Aider, Ian is an ex-paramedic, and I’ve recently completed my First Aid training, so we ran straight over to help.

“Ian helped the little boy’s father bring him back around but he went into another seizure not long afterwards.

“We helped bring the child out to the car and I saw the father was on his own, so I offered to come along for support.

“The whole way there I just focused on keeping everyone calm. Once we arrived, we got the child straight into the hospital and I went back to work. I knew it was the right thing to do and I would do it for anyone.”

The family wrote a letter to Asda Portadown’s General Store Manager Stuart Legge to thank the duo for all of their support.

The letter said: “We cannot thank Ian and Karen enough for helping us at the time. We will be grateful for the kindness and fast action of these people forever.

“We will never forget what they did, and we want to thank them from the bottom of our hearts.”

He said: “Ian and Karen are true assets to the team at Asda Portadown and helping customers in this way is like second nature to them. The family were so humbled by the support they received.

“Well done and thank you Ian and Karen!”