Two people managed to walk away from scene 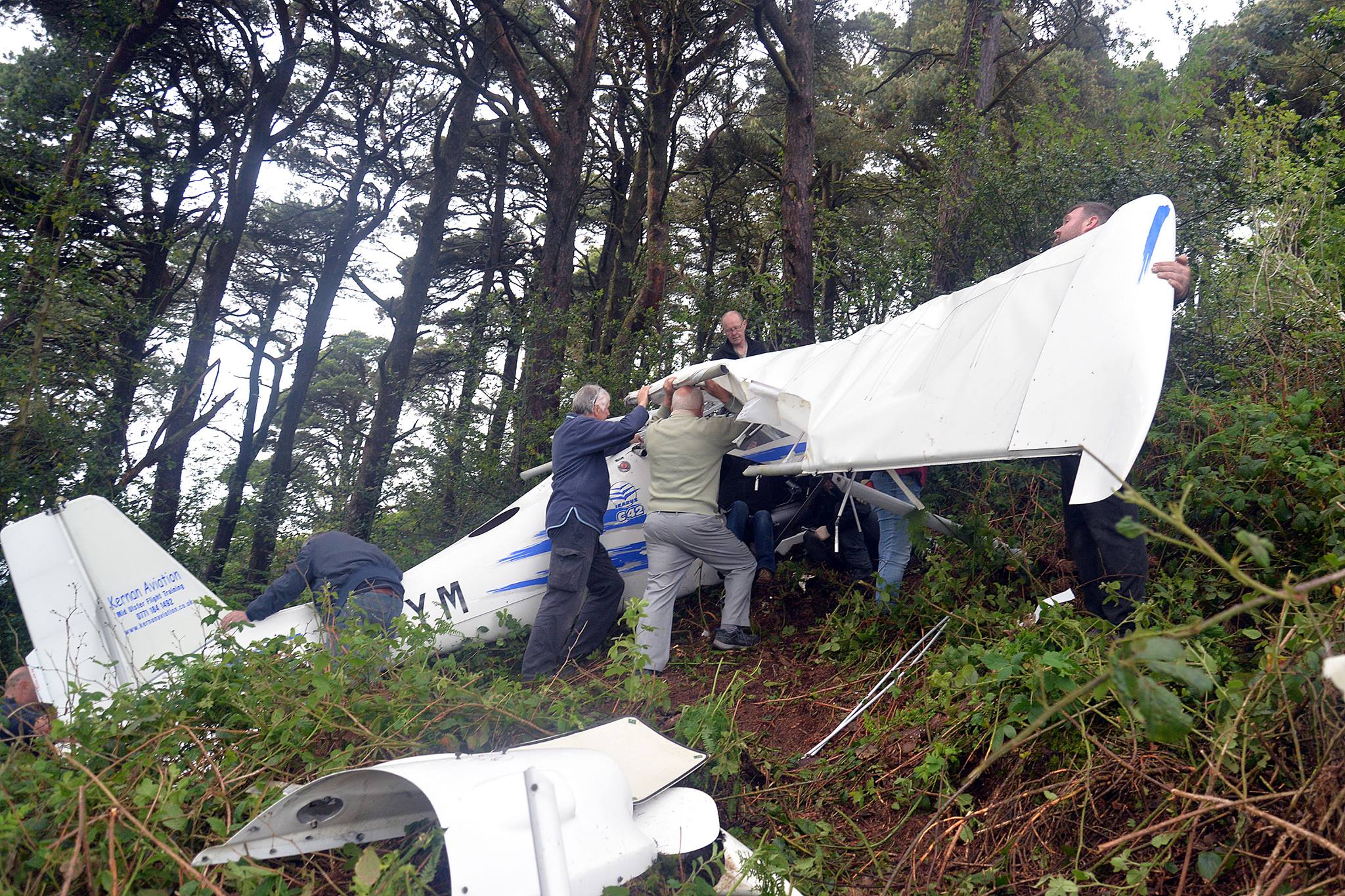 These dramatic images show the miraculous escape a couple had after crashing alight aircraft in a county Down Forest Park on Monday afternoon.

A man and a woman escaped serious injury after their plane crashed in Castlewellan Forest Park at about 4.50pm.

The plane belongs to county Armagh company, Kernan Aviation, based in Portadown.

It is understood there was fog in the area at the time of the accident, which may have contributed to the accident.

The Mourne Mountain Rescue Team said that the pair had walked away from the crash.

“The pilot and passenger managed to escape the wreckage and walk to a nearby forest road to meet with the attending ambulance and fire service,” the team wrote on Facebook.