‘Diabolical’ state of Armagh Road in Portadown after gas works 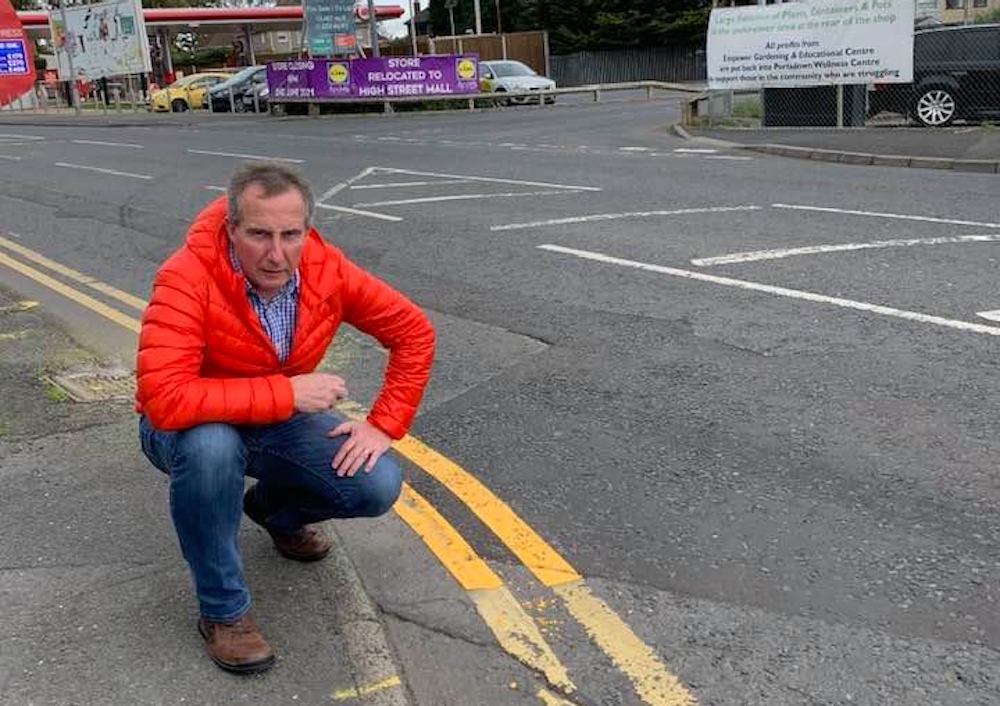 A Portadown councillor has hit out at the condition in which a road was left following recent utility work in the area.

The work in question involved the laying of pipes for Firmus Energy on the Armagh Road, Portadown.

While acknowledging the work led to delays for motorists, Councillor Lavelle McIlwrath said they were viewed as a necessary evil in order to deliver services to the area.

However, he criticised the condition of the repair work between the traffic lights at Mahon junction an Ridgeway Park, describing it as “diabolical”.

“I have had numerous complaints from motorists about the way the Armagh Road has been left.

“The section of roadway that was dug up cannot now be avoided as you drive towards town and the uneven way the repaired carriageway has been left is shocking.

“The irony is that this stretch of roadway was one of the better ones in the area prior to the roadworks and is now one of the worst.”

Cllr McIlwrath confirmed he had raised the matter with both Firmus Energy and the Department for Infrastructure and said they energy firm has agreed to return the road to its original standard.

“I raised the matter directly with Firmus Energy as well as the Department for Infrastructure,” he said.

“I am pleased to confirm that Firmus Energy has agreed to revisit their repairs at the Armagh Road and ensure that this stretch of carriageway is returned to its original standard.

“The work will take several weeks to plan and coordinate.”

Speaking to the Local Democracy Reporting Service, a spokesperson for Firmus Energy confirmed the road surface will be repaired.

“We have been liaising with Councillor McIlwrath, the Department for Infrastructure and our contractors to agree a plan to repair the road surface and hope to have that work completed as soon as possible.”