'Dean contacted me at the start of lockdown about a cheese order that was cancelled and wanted me to help him deliver it to a local foodbank Via Wings. He didn't want it going to waste' 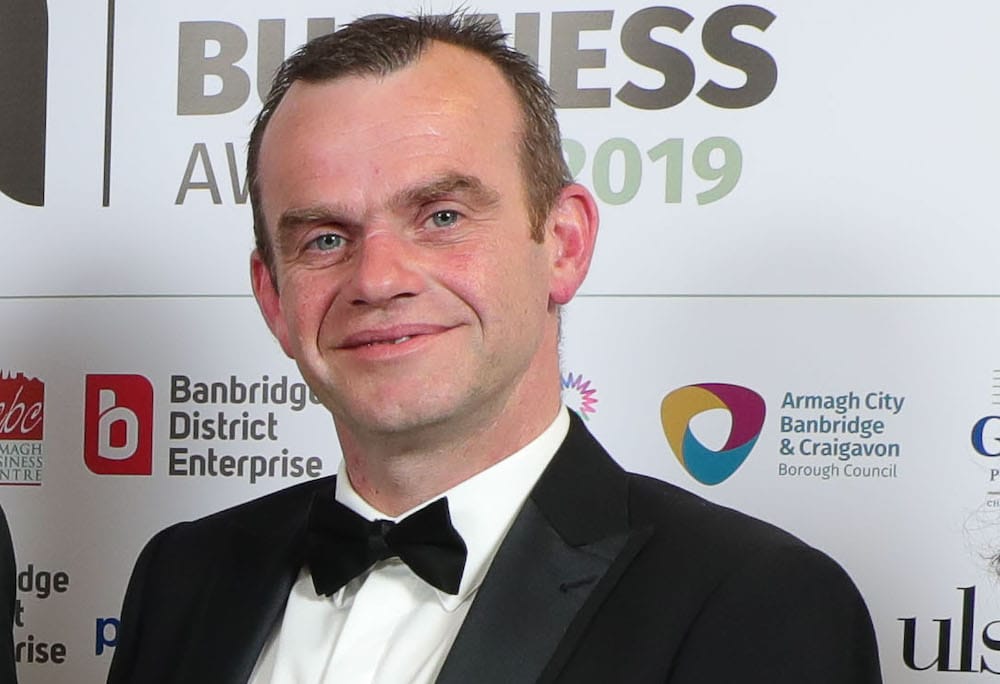 Recollections of a gentleman and a generous soul have been made following the passing of Dean Wright, as the borough’s Deputy Lord Mayor recalled typical acts of selflessness which typified the kind of man he was.

Dean, a dear father to Louise and Sarah and son of Jim and Georgie, died suddenly at his home at Brackagh Road in Portadown on Saturday.

Ulster Unionist Councillor Kyle Savage spoke of how the highly-respected enterpreneur – who owned the Ballylisk of Armagh brand which is widely regarded for its quality produce – did so much to help others.

He said: “Dean was never slow in helping others out and his company supplied me with Christmas food hampers which in turn I gave out to local community groups.

“Dean contacted me at the start of lockdown about a cheese order that was cancelled and wanted me to help him deliver it to a local foodbank Via Wings. He didn’t want it going to waste.

“The value of this was £2000 and he took that loss to help those in need. That was the measure of the man.”

Councillor Savage said he had been stunned like everyone else to learn of the sudden death of Dean this weekend.

He added: “I want to pass on my sympathy to Dean’s Family. Dean was a passionate and proud advocate of his business, Ballylisk of Armagh and I had the pleasure of visiting them on many occasions.

“He was a beacon for the ABC Council area food heartland and won many awards for his fantastic cheese. He was passionate about local food and helping our local food industry.”

The Deputy Mayor continued: “Hardly a week went past that we didn’t have at least a conversation when we spoke about many things, least of all putting the world to rights about farming, local food and opportunities for business.

“Dean was an inspiration to many people and helped many people involved within the local artisan food industry. Dean will be sadly missed by his family and by his many friends. My thoughts and prayers are with them all including Chloe and the rest of the staff at his business.”

Ulster Unionist Alderman Jim Speers MBE also voiced his sadness at the “devastating news” of the passing of the local farmer and businessman.

“This is an absolute tragedy for the family, local community and the entire farming and food sector within Northern Ireland,” he said.

“Having known Dean, along with his mum and dad and the entire family circle for all my adult life, they are a very hardworking and respected family. I extend my deepest heartfelt sympathy to the entire family at this difficult time.”

And he added: “It was only Friday week ago that he joined a business meeting the Ulster Unionist Party were hosting to discuss the Protocol. He was a passionate and articulate advocate for his business, outlining both the difficulties and opportunities as he saw them.

“My thoughts are with his family and friends at this sad time.”

According to a death notice, the house and funeral will be strictly private due to current government guidelines.

Dean is described as a devoted father of Louise and Sarah, precious son of Jim and Georgie, much loved brother of Mark, Alan and Phillip, brother-in-law of Mandy, Elizabeth and Andrena and also a much loved uncle of James, Emily, Rachel and Matthew.

Family flowers only are requested and donations in lieu if desired can be made via www.josephpootsfuneraldirectors.com (Tributes & Donations), or by cheque made payable to NI Air Ambulance c/o Joseph Poots and Son Funeral Directors 42-44 Bridge Street, Portadown BT63 5AE.