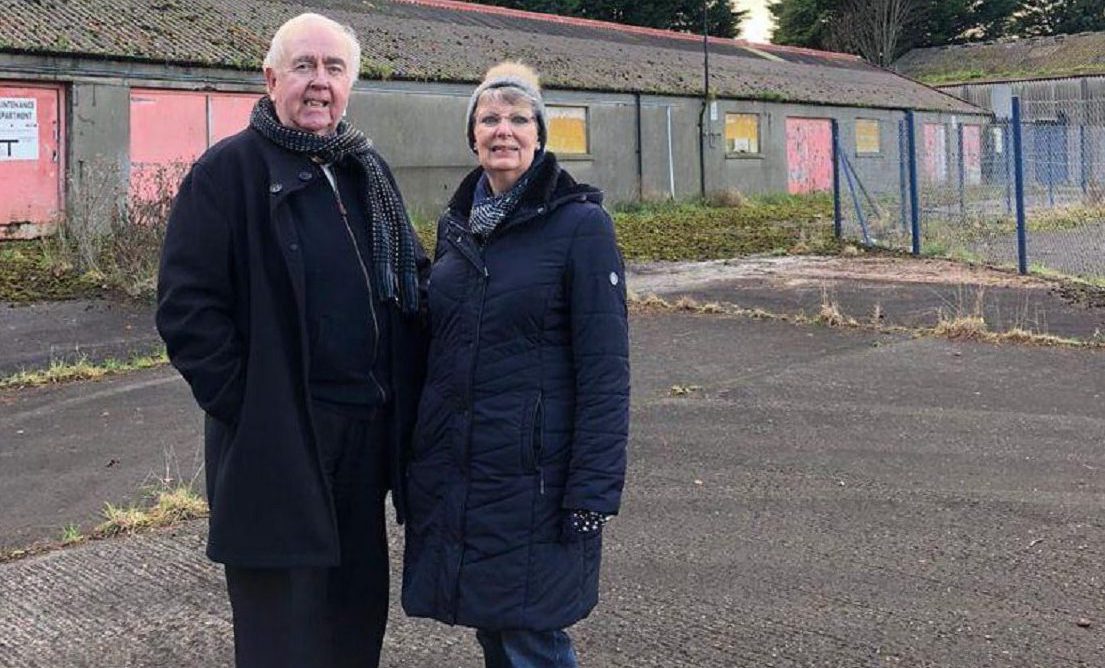 As work started this week to demolish the former Denny’s factory in Portadown, one local couple will be feeling particularly nostalgic.

Gordon Speers and his wife Margaret met at the factory in their early 20s and, last year, to mark their 50th wedding anniversary, were treated to a final tour of the building.

Gordon, who worked for the firm for almost 12 years before moving into the carpet business and opening his own shop, was an assistant to the chief engineer when he was told he was going to be getting a new secretary.

“We had a building programme going on because Denny’s were building a new factory and they said I needed someone to do all the typing and filing,” he said.

“I remember very clearly the senior accountant and office manager George O’Connor calling me into the office and saying, ‘I’m thinking of sending you Margaret Jeffers, what do you think of that idea?’.

“What he didn’t know was that I had taken a wee bit of a shine to her. She worked in the general office and I had thought, ‘oh, she’s nice’.

“When she started as my secretary, I thought it was too good to be true.”

Love blossomed and the couple, then in their early 20s, were married about a year-and-a-half later, on June 2, 1970.

To celebrate their golden anniversary, they returned to Denny’s on the “nostalgic trip”, set up by their daughter Caroline. Demolition is well under way on the site

The couple, who have two other daughters, Roslyn and Alison, visited the old office where they had both worked and saw some of the buildings that had been constructed while they were there, including the personnel block, canteen and the ‘new’ bacon factory.

Said Gordon: “It was interesting and sad in some respects when you consider the big employer that Denny’s was in the town. The would have had about 600 employees – and yet there it was lying in ruins.”

In 1972, Margaret left the factory to work in the hospital while Gordon left about five years after that to go into the carpet trade.

“There was a decline at that stage in the pig industry and because I used to be at meetings where redundancies were discussed, alarm bells started to ring,” he said. Gordon and Margaret Speers on their wedding day in June 1970

He accepted a job as a sales manager in a carpet company in Lisburn, before deciding to open his own business in Portadown, Gordon Speers Carpets.

The shop closed in 2013 after 29 years, with the couple again finding themselves working together in the final years before retiring.

“I drive down past Denny’s very, very often and I always remember all the great days we had but there’s a bit of sadness too to see it being demolished,” he said.

“There was a fantastic camaraderie. I  still meet people on the street whom I remember very clearly working in different departments, and people who say ‘There’s my old boss’.” The factory site, on the Corcrain Road, was bought in 2017 by Armagh City, Banbridge and Craigavon Borough Council, for a figure understood to be just under £500,000.

The factory, which opened in 1935,  was later occupied by the Kerry Group but they moved out 12 years ago.

The council has yet to reveal its future redevelopment plans for the site.