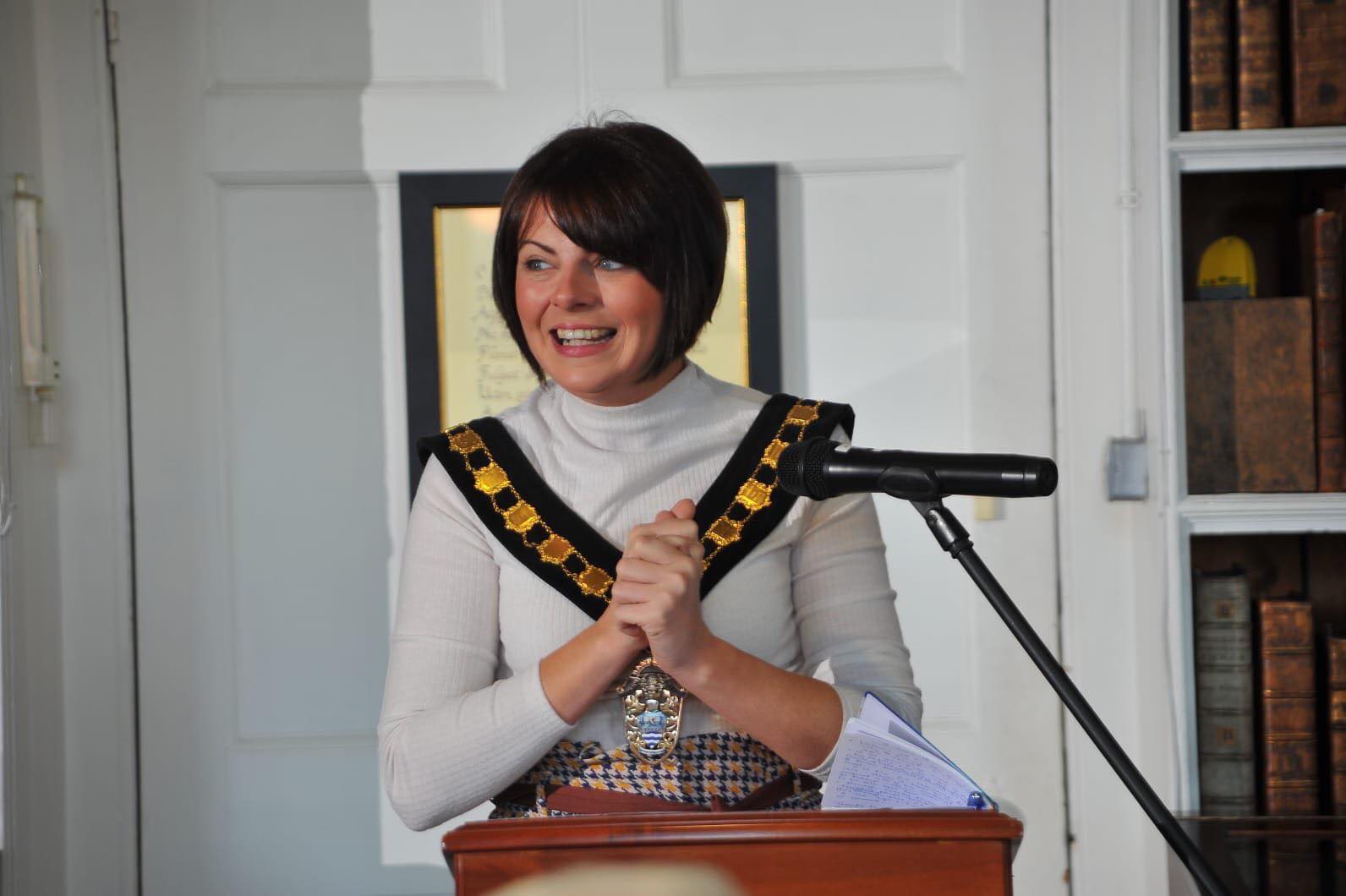 The curtain fell on an outstanding 12 months for out-going Lord Mayor Julie Flaherty, who stuck to her word, and did her way.

It was an emotional 12 months for the self-professed “rookie” councillor, who attacked the role with every fibre of her being – an effort she insisted was only right, given the honour bestowed upon her last year.

Now, the batten has been handed over to the SDLP’s Armagh councillor Mealla Campbell, allowing the departed one a much-needed “lie down in a dark room”.

“I think I was lucky given my circumstances; I have a very supportive husband and our only son [Jake] he died, six years ago tomorrow (Tuesday), so it is only he and I, which meant I was able to take it full time.

“The people of the borough deserve full time – it does require stamina and you have to do it your own way.

“I’m a relatively new councillor and I think I will always feel like a rookie councillor but I got re-elected there in Portadown, that’s the first time I stood in my own town.

“I always say, I’m an accidental councillor, this was never in my life plan to be a councillor. It sort of fell into place but  I feel vindicated that I have been re-elected.”

Speaking about her successor, Julie said: “She’s a great girl. We have worked together on a lot of wee things and we will continue to work together.

“Like with the Autism awareness, I know she will keep up the efforts I started.”

Julie said she was delighted to hand over the final sum of £20,000 to her charity – the Down Syndrome Association – on Monday morning.

“I gave the final total over, so they will be able to take wee groups on holiday and everything with that money.

“The representative half-joked there’s no fun in fundraising; it is hard but we have done all sorts and hopefully some of those could be repeated, it has been fun.

“It’s given me a great opportunity, for those older councillors to put their faith in a new councillor [Julie], is a big thing.

“I didn’t want to let any of them done, but I don’t think I have, well they certainly haven’t said so.

“Its the best job in the world, it’s a weird sort of job, it doesn’t feel real sometimes but you just have to embrace it, you can’t go at it half-hearted.”

Julie finished by admitting all she wanted to do now was go and “lie in a dark room”.