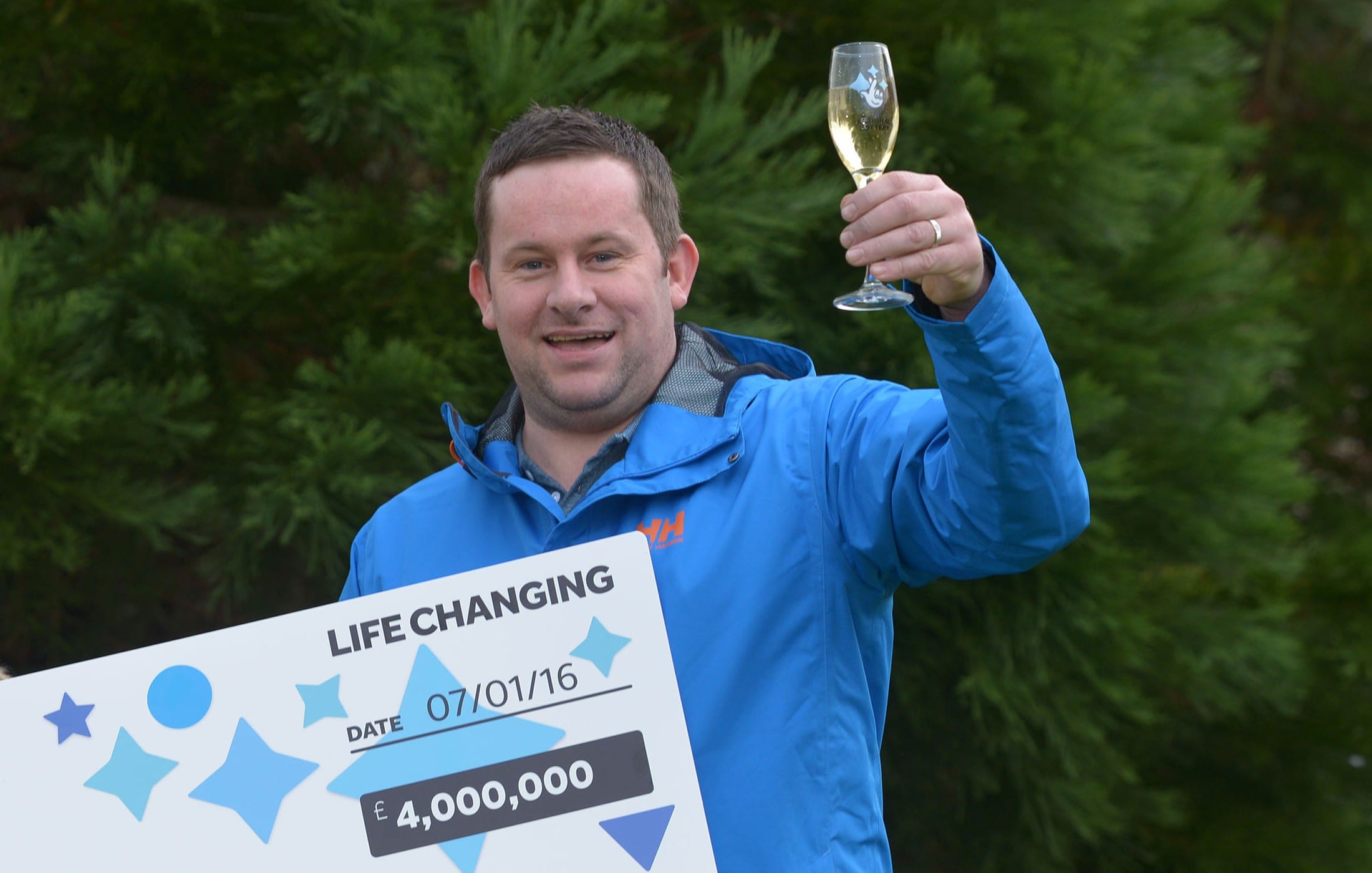 *Please note: We have updated this piece by removing the name of the winner at his request

A County Armagh man is celebrating after scooping a staggering £4 million on a National Lottery Scratchcard.

The man couldn’t believe his luck when he bought the winning £4M Blue scratchcard, from The National Lottery GameStore, on Wednesday (January 6) from a Spar store on the Gilpinstown Road in Lurgan.

The massive win couldn’t have come at a better time for him and his wife as they are expecting their first baby in April.

“It’s really unbelievable,” he said.  “I would normally buy a scratchcard every week but never in my wildest dreams did I ever dream of winning such a huge amount.

“Obviously, we’ll make sure that our baby has everything she needs
but we won’t be making any rash decisions as to how we spend our money.”

“In fact, I had just won a tenner on a scratchcard and when I was in the store, I decided to exchange it for a £4 Million Blue scratchcard.  I don’t normally buy the £10 scratchcards but this one was the last one on the shelf so I just had an urge to buy it!

“It was lunchtime and when I went back to work, I scratched the card and just couldn’t believe it when I won.  I was so excited that when I tried to ring Camelot to verify the win, I kept pressing the wrong buttons on my phone!  I finally had it confirmed though and immediately tried to phone my wife.

“After 22 missed calls, I finally got through to her and told her my news but she didn’t believe me.  She thought I was winding her up so told me to stop being silly and hung up me, but she phoned me back and I assured her that I would never joke over something so big.”

He continued: “We’re expecting our first baby in April so this win has just come at such a perfect time.  Our baby, and our life as a family, will have such a perfect start.  Words can’t describe it.  It’s just amazing.”

Despite becoming a multi-millionaire, his feet are still firmly on the ground and his focus remains on his wife and baby.

“Our circumstances may have changed, but we won’t change as people,” he added.

“This is a truly amazing time in our lives with the new baby due and to win such a large amount of money, particularly at such an important time, is a dream come true.

“Obviously, we’ll make sure that our baby has everything she needs but we won’t be making any rash decisions as to how we spend our money.

“I’ll take a career break from work – who knows, I may want to go back some day – and I plan to invest it wisely but haven’t really had time to think about how just yet.

“I’m not a great flyer so I think we’ll book ourselves a nice cruise holiday and I’ll definitely buy myself a new car.  I have my eye on an Audi A3. My wife says she’s going to buy a new hoover so I think that shows how sensible we’ll be with our money,” he added.

“I haven’t slept a wink since I won,” he concluded.  “I still can’t believe it.  I’m very thankful though and it just goes to show that it can happen to anyone.”

GameStore is the new home of scratchcards and online Instant Win Games from The National Lottery, offering players many different and exciting ways to play and win life changing prizes.

The National Lottery has been changing the lives of winners as well as communities across the UK for more than 21 years with players raising, on average, over £34 million for National Lottery-funded projects every week.

In Northern Ireland alone there have been well over 20,000 individual National Lottery grants awarded to individuals, organisations and projects across the arts, sports, heritage, health, education, environment, charity and voluntary sectors.