County Armagh and the Mournes to host ‘flagship’ Twelfth Demonstrations 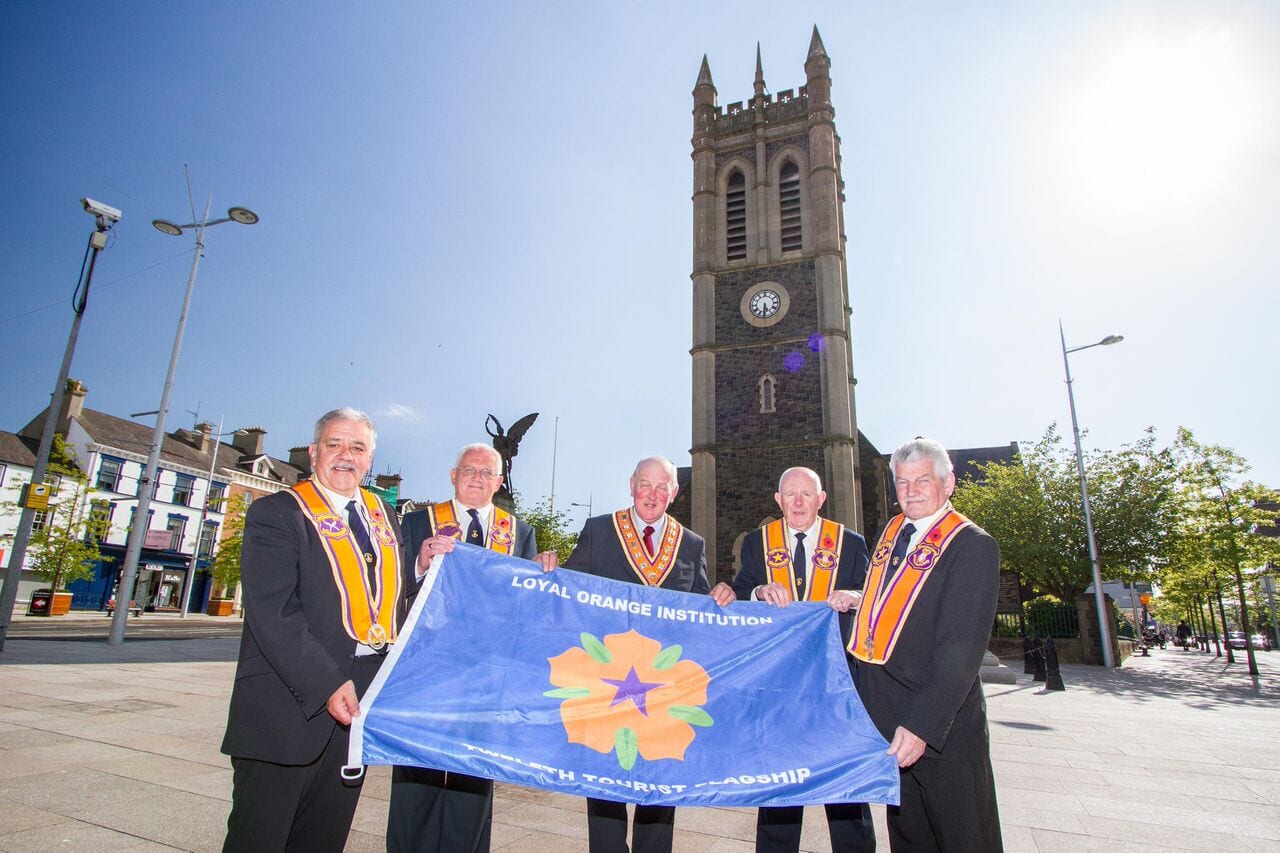 The largest and most scenic Twelfth demonstrations have been selected as tourist flagships for the biggest annual festival in Northern Ireland.

The parades in Portadown and Kilkeel will provide an enhanced cultural experience this year, the Orange Institution has confirmed.

Both host districts will offer a varied programme of events surrounding their respective Twelfths, as well as the colour and pageantry associated with the largest day in the parading calendar.

A total of 18 demonstrations are planned across the Province on Tuesday, July 12, all of which follow the traditional Rossnowlagh parade held in the Republic on the preceding weekend. Grand Master of the Grand Orange Lodge of Ireland, Edward Stevenson, congratulated the organisers of the respective Portadown and Kilkeel parades on achieving tourist flagship status.

He said: “Both venues are worthy ambassadors as Twelfth tourist flagships and we are delighted that they will be working closely with us this year to ensure equally successful events.

“The flagship programme, which has been constantly evolving for over 10 years, has been an enormous success and has helped to develop the potential of and broaden the appeal of our parades.

“The Twelfths in Portadown and Kilkeel promise to be special occasions, with huge crowds enjoying the spectacle of the largest parade in the world in Co Armagh, and also the pageantry and colour of the day in south Down, amid the stunning backdrop of the Mourne Mountains.

“The organisers of both parades are working on a programme of events leading up to the big day and there will be plenty for people to see and enjoy. As part of our cultural tourism offering, visitors will also be welcomed to each of the parades by fully accredited welcome hosts.”

He added: “The Twelfth of July offers a unique opportunity for the Orange Institution and the bands community to showcase our culture and heritage, and we are confident of welcoming increasing numbers of visitors, tourists and families to all of our demonstrations across Northern Ireland.”

Economy Minister Simon Hamilton said: “The tourism industry in Northern Ireland is hugely significant as both an economic driver and in supporting and creating employment. It has been recognised that cultural tourism has an important role to play in helping visitors select their short break and holiday destination.

“Increasingly we are seeing more and more international visitors coming to Northern Ireland keen to experience the biggest day in the loyal orders’ parading calendar on the Twelfth of July.

“I welcome the announcement by the Orange Institution that Portadown and Kilkeel have been named as this year’s Twelfth tourist flagships. With a programme of events alongside the traditional demonstration the flagship programme offers visitors the opportunity to enjoy the culture, music and pageantry of the day.”

Portadown District Master Darryl Hewitt said: “We consider it a great honour to have been awarded flagship status. The Twelfth in Portadown will be the largest gathering anywhere in the world and we look forward to welcoming the thousands of Orangemen, Orangewomen, Juniors, bandsmen and spectators to what we believe will be a truly memorable occasion. Co Armagh demonstrations are always very much family orientated and Portadown District is seeking to build on this.”

Mourne District Master Trevor McConnell said: “Mourne District is delighted to have been awarded flagship status for this year’s Twelfth in Kilkeel. The Mourne Twelfth is always a very enjoyable day for families and we wish all visitors a hearty Mourne welcome. The 15 lodges and bands will gather from all across Mourne to celebrate their culture and faith. This flagship Twelfth will be particularly poignant as we remember and respect all the fallen of the Somme.”

A Twelfth demonstration will also be held in Rossnowlagh, Co Donegal, on Saturday 9 July.