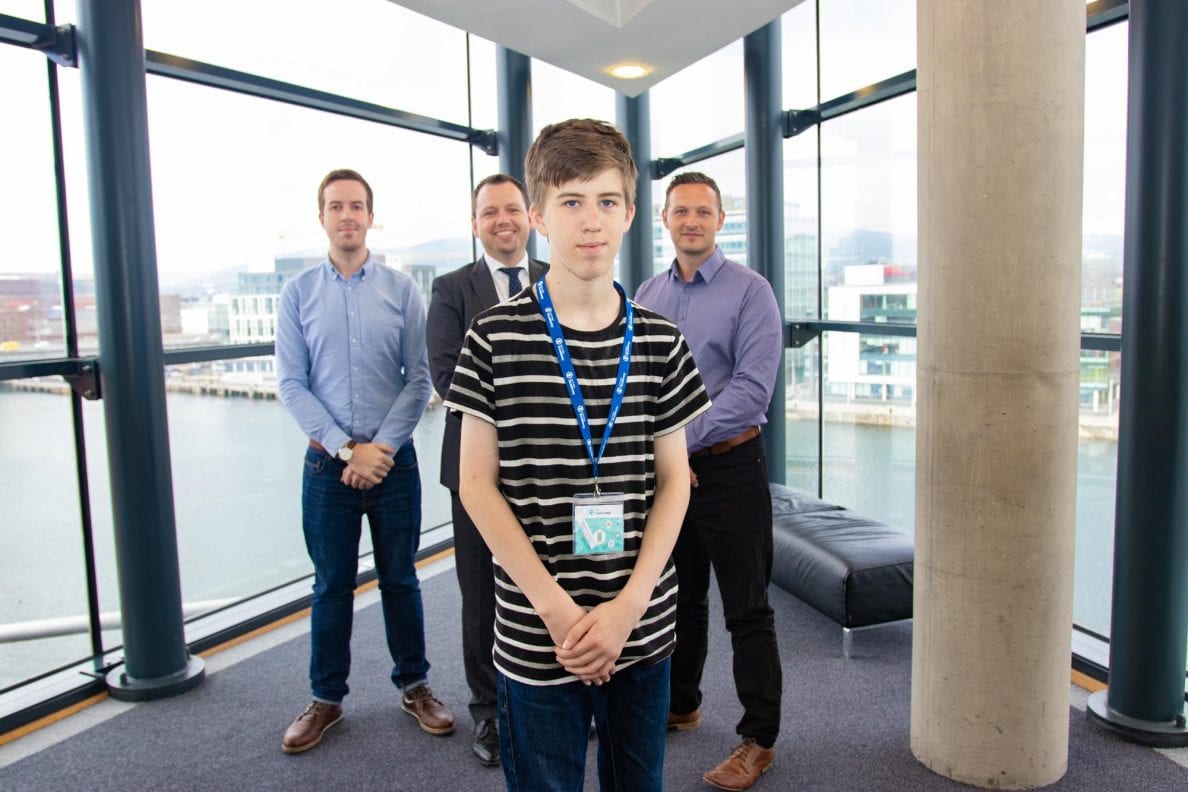 A Portadown teenager has been awarded second place in a prestigious coding competition run in association with Queen’s University, Belfast.

Attendees new to the camp took the Foundation Course, during which they learnt the principles of coding and how to create their own apps.

Those who had previously completed the Foundation Course were eligible for the Advanced Course, where they developed their own website with the help and guidance of skilled mentors.

The Portadown pupil designed the winning app to encourage gamers to walk more whilst gaming.

Jack’s app was based on defending your castle against intruders using actual footsteps as currency to build up any breaches in the castle walls.

On the last day of camp, Jack, who attended the Foundation Course, was selected to pitch his newly developed app to a ‘Dragon’s Den’ style judging panel of IT experts.

They were collectively blown away by the intelligence, technical aptitude and sheer creativity of his design.

The judges described Jack’s app as being well thought out, security conscious and with a mass market appeal.

Commenting on the success of the CodeCamp this year, co-ordinator Conor McCourt, said: “I was completely amazed at the phenomenal quality of the apps and websites produced by our CodeCampers.

“It’s easy to forget how young the campers are because of the talent, passion and technical aptitude they brought to their designs.”

“It was inspirational to see so much creativity on display and what the participants have been able to do in just two weeks of coding is absolutely amazing.

“We hope to see some of the CodeCampers back next year to take the Advanced Course or on one of the other courses we offer through the Kainos Academy.

“Our annual A.I.Camp, for undergraduates and our Earn As You Learn scheme apprenticeship are further initiatives delivered in an effort to find talented young people and help them fulfil their potential, through world-class training and mentoring.”

Kainos CodeCamp is set to return in summer 2019 and students can register their interest for a place at codecamp.kainos.com