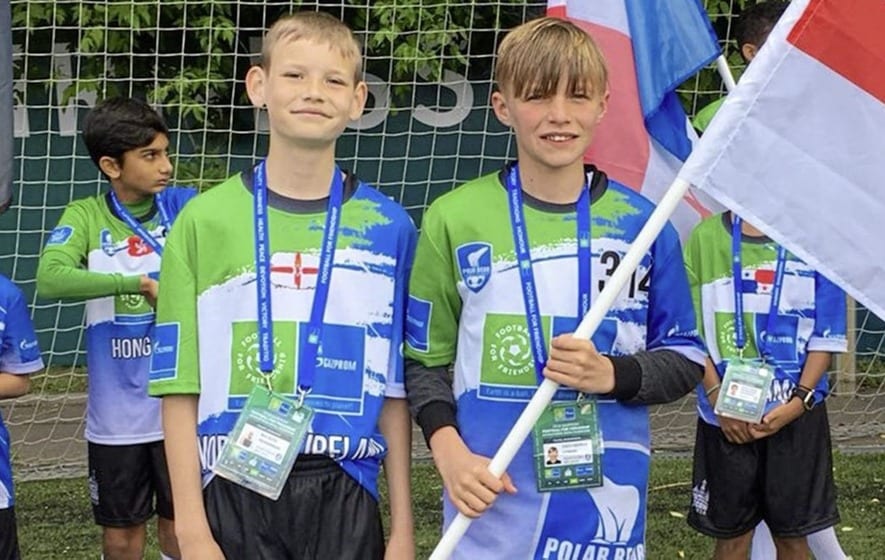 A Co Armagh schoolboy will be carrying the flag for Northern Ireland – quite literally – at this Thursday’s opening ceremony at the FIFA World Cup in Russia.

Zach Cowan (pictured right), a pupil at Integrated College Dungannon, will feature in the pre-match celebrations ahead of the tournament’s opening game between hosts Russia and Saudi Arabia in the 81,000-seater Luzhniki Stadium in Moscow.

The 12-year-old Portadown youth player is currently in Russia ahead of the biggest televised sports event on the planet.

He is representing Northern Ireland at a number of activities as part of the Football For Friendship (F4F) international children’s social programme run by Gazprom, a partner of FIFA and the 2018 World Cup.

The 2018 FIFA World Cup opening ceremony will have a slightly different format compared to previous editions of the tournament.

This time, the ceremony will focus more on musical acts _ with Robbie Williams headlining – and will take place much closer to kick-off, just half an hour before the start of the match, which is scheduled for 4pm.