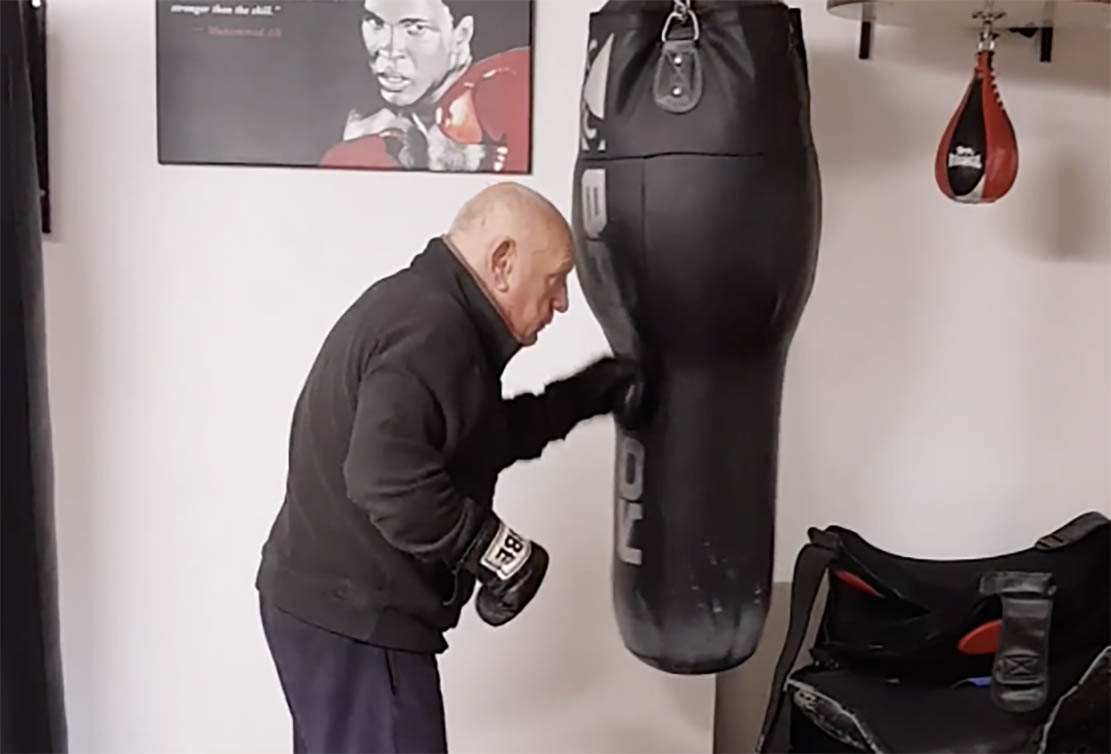 A former boxer, who posted a video of his father working the bag at 73-years-of-age says it’s the “mental toughness” that comes with the sport that has kept his dad going.

In the video, which appeared on social media (below), Ryan Greene’s father Anthony delivers a barrage of punches that belies his pension age.

Speaking to Armagh I, Ryan, from Portadown, said: “My dad didn’t even know I took the video, we have a wee club beside the house which I do personal training, sports massage and run a boxing club out of.

“He goes in and does his training in there, it’s his place, he owns it”.

The space was an empty silo pit which was converted into a “makeshift gym” for Ryan when he turned pro, but has since been transformed into a Gym and Fitness club.

“My dad used to run two shops, one of which I used to work in but now he is down to one”, he said, “so I decided to start the personal training to see if I could make a wage, I really enjoy it”.

Anthony, who used to be a boxer also played county football and would be well known to many in the area.

“My dad, he was a boxer before and then brought me to the boxing club years ago and got me into it,” Ryan said.

“He trains every day, he does bag work, shadow boxing and things like that along with stretching and walking every day.”

Commenting on how his dad keeps it up, Ryan said: “We live in a time when a lot of people feel down and feel low; my dad would be a very man’s man, he would work seven days a week in the shop .He would be a worker.

“With boxing, it’s a mental toughness more than anything, it’s all about keeping moving and it prepares you for any setbacks on the way.”

With this is in mind maybe we should all take note and think about hitting the bag.