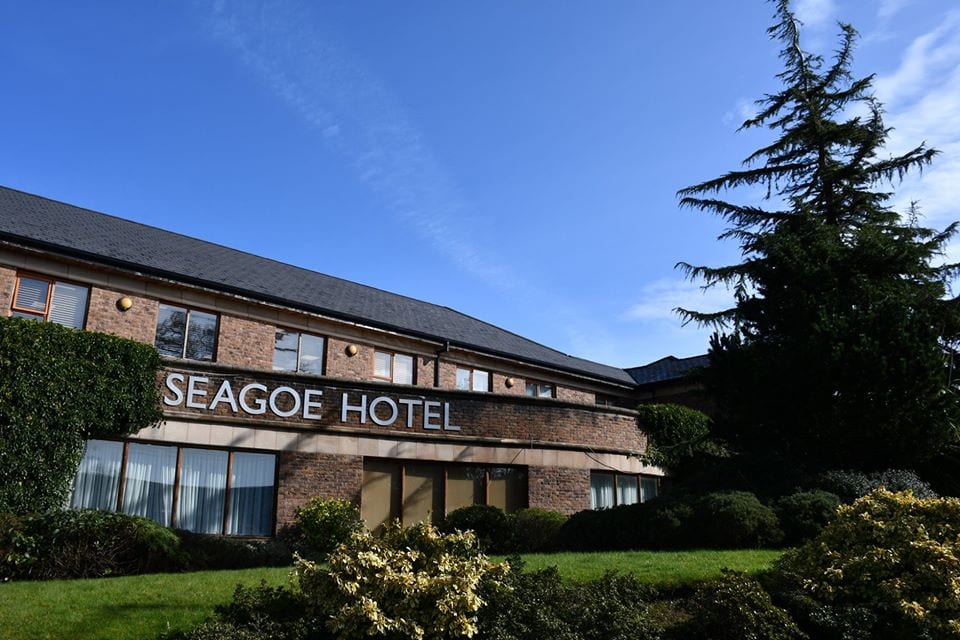 Plans for a major expansion at a Co Armagh hotel – which will create in the region of 20 jobs – will be recommended for approval next week, Armagh I can reveal.

It will be hugely welcome news for the owners of the Seagoe Hotel at Portadown and comes as it re-opens its doors for the first time since March.

Friday saw Economy Minister Diane Dodds visit the hotel (pictured below) as one of a number of locations in Co Armagh and across Northern Ireland to signal the start of a phased programme of reopening for the hospitality sector.

An application for the work – which will see the available number of rooms more than double – had been submitted to Armagh City, Banbridge and Craigavon Borough Council shortly before the lockdown was introduced. Nobody could have foreseen what the next months would bring.

Now this major extension will mean the Seagoe can build additional accommodation and will boast 79 bedrooms – an increase of 45.

A planning application submitted by owners Paula and Darren Gilbert stated that, with additional purchases of supplies, the local economy will  boosted to the tune of £250,000 annually – with turnover increasing by a third.

The extension would be located in the existing car park and garden area.

Speaking at the time, DUP Upper Bann MLA Jonathan Buckley said: “Portadown and the wider Craigavon area is in much need of additional hotel bed space to cater for an increase in visitor numbers from both business and tourism purposes.” His remarks pre-Covid-19 could not have been more prophetic, given the increased leaning and promotion now of the so-called ‘stay-cation’ this year and perhaps for the foreseeble future due to restrictions on travel, coupled with a will to support businesses closer to home and an understandable reluctance by many to venture beyond these shores.

The Seagoe Hotel was first opened in 1965 and this is perhaps the biggest anticipated change during its history.

It will be a welcome boost for the area and a shot in the arm for the local hospitality and tourism sector.

The recommendation to approve is coming from ABC Council planners and they will present that opinion to the planning committee when it sits next week.