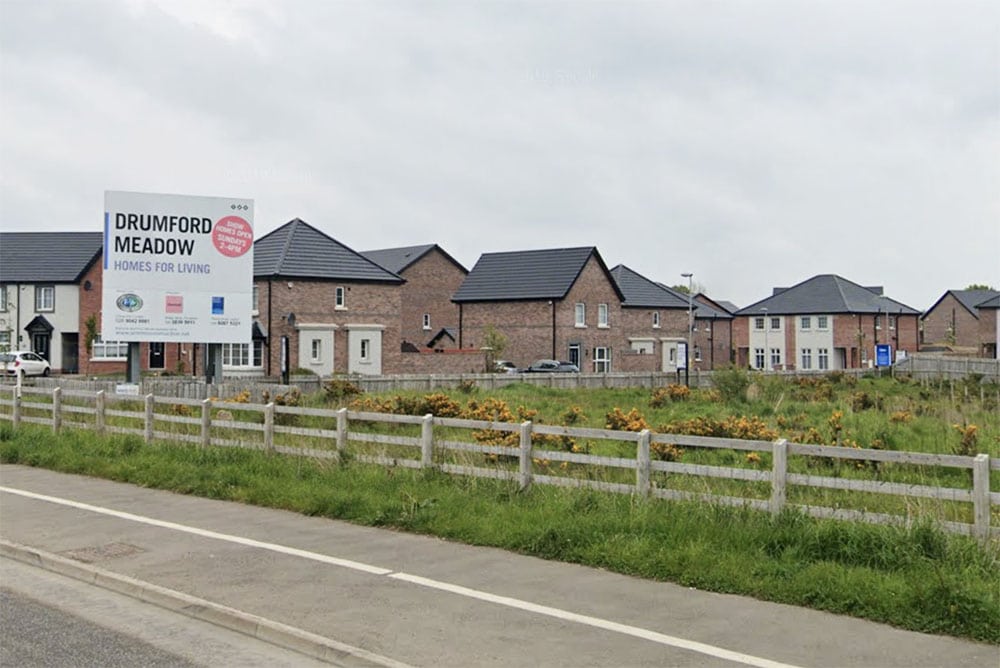 Two separate applications for the developments had been lodged earlier this year and are now to be recommended for approval.

The Antrim Construction Company Ltd is behind the housing proposals, which also involve the provision of an internal road network, as well as open space and landscaping.

In all, 92 homes, complete with garages, will be built on a site adjacent to Drumford Meadow, on the Kernan Hill Road.

These are amended plans and have been under consideration by Armagh City, Banbridge and Craigavon Borough Council planning officials over recent months.

Armagh I first revealed proposals for the development – which would represent a huge investment for the local construction industry – back in February.

The land at present is zoned and designated for residential development; previous applications for housing had been approved but did not go ahead, with plans submitted as far back as 2008.

Now a recommendation to approve this huge housing scheme is to be made.

That is the opinion which officials will be presenting to ABC Council’s planning committee when it sits next week.

And the same meeting will also deal with a recommendation for another application in the same area.

On this occasion, the proposal is for a new play park and it is Armagh City, Banbridge and Craigavon Borough Council which is itself behind these plans.

The new play park – for which plans were submitted in February – has been earmarked for a site currently identified as “existing council-owned green space”.

The new Portadown play park would stretch to close to 5,000 sq ft.

Many elements will be wheelchair accessible to ensure an all-inclusive play experience.

The park will also include picnic table, seating and litter bins too.

The estimated cost of delivering the new park – proposals for which were drawn up after community consultation – has been given by ABC Council to represent an investment in the region of £100,000.

Both of these applications will now go to the planning committee next Wednesday when councillors will have the final say.