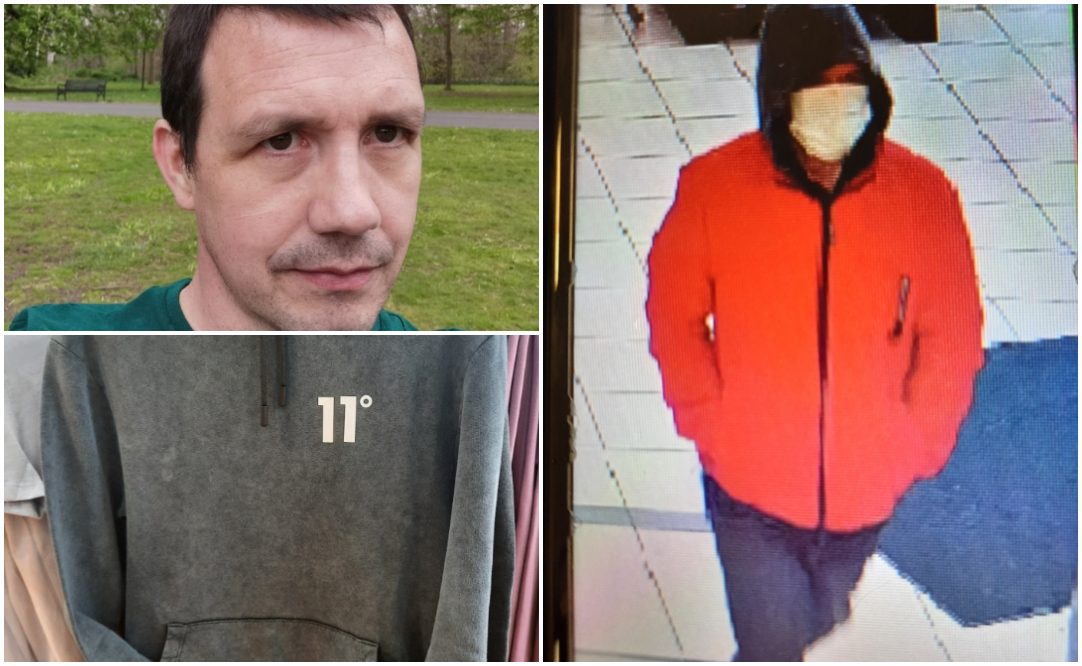 The 49-year-old was last seen a week ago, when he left the Royal Victoria Hospital in Belfast at around 6.45 pm on Sunday 2 May.

Abhristin is described as slim to medium build, 5’6” in height, with short dark hair. When first reported missing he was believed to be a wearing burgundy-coloured jumper with small white dashes, navy/dark ripped jeans and navy moccasin-style slippers. It is possible he was wearing a grey/beige jumper at that time.

Further enquiries have revealed that a man, believed to be Abhristin, was spotted on CCTV in a supermarket in Portadown (pictured) wearing a red coat, a hooded top (pictured) and a new pair of jeans.

It cannot be ruled out that Abhristin may change his clothing.

Police remain significantly concerned for his safety and welfare are appealing to Abhristin, or anyone with information on his whereabouts, to contact them on 101 quoting reference 1639 of 2/5/21.