Calls for People’s Park land ownership to be resolved 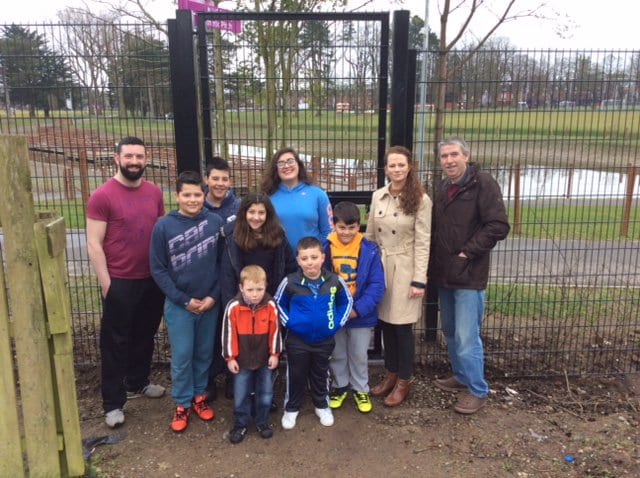 A dispute over access to Portadown’s People’s Park has led to a entrance gate being closed to the public.

Councillor Gemma Mc Kenna has recently met with council officers to discuss the progress being made to pedestrian access to the People’s Park from The Beeches housing development.

An issue of land ownership at an entry point has led to the gate at The Beeches remaining closed despite the major redevelopment.

Cllr. McKenna has called for the issue to be resolved so the gate can be opened to the public.

“I stressed with council officers the importance of having the gate opened at The Beeches as soon as possible,” she said.

“The Summer is fast approaching and it would be most unfortunate if those who live right beside the People’s Park did not have direct access to it,” said Cllr Mc Kenna, who also met with some of the residents in recent days stated. “The residents of The Beeches have praised council for the redevelopment of the People’s Park and are delighted with the facilities they now have at their doorstep.

“They are keen that the gate is opened so young children and elderly residents can avail of the park on a regular basis, with the added safety of avoiding the main road.”