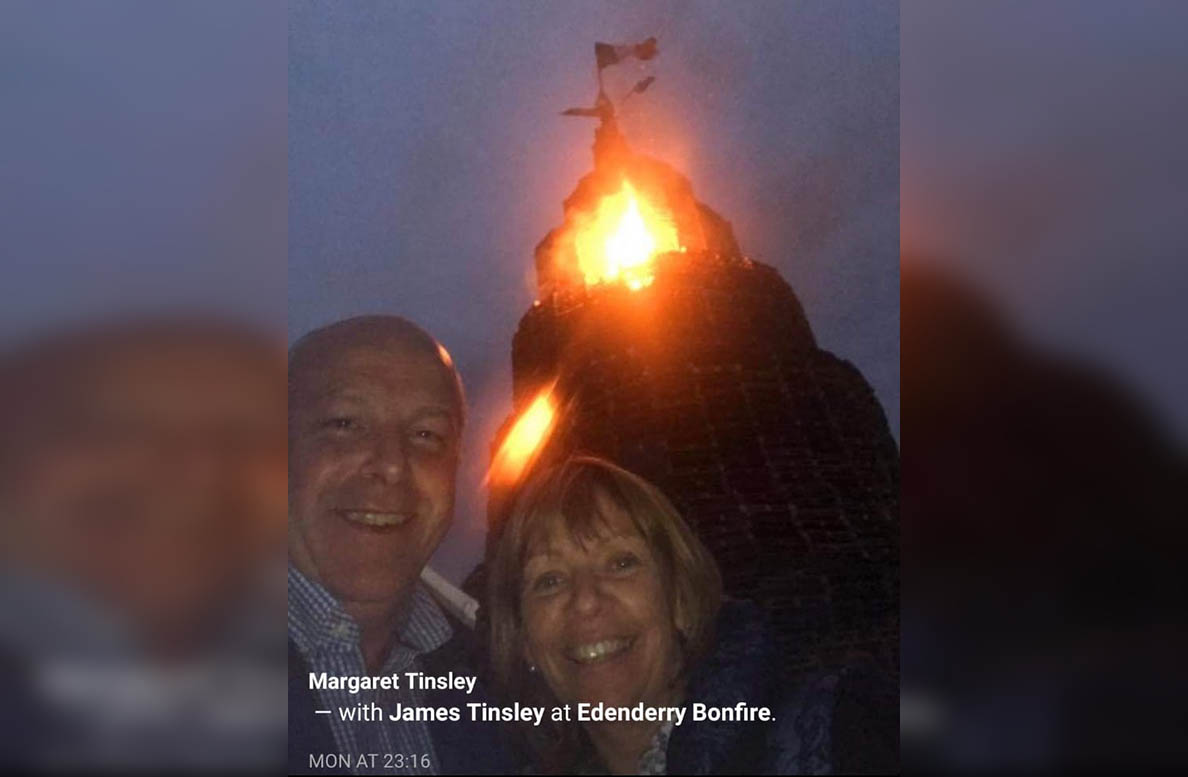 Calls have been made to the DUP leadership to discipline Deputy Lord Mayor Margaret Tinsley after she posed for pictures in front of a bonfire where an Irish tricolour was being burned.

She and James Tinsley – a DUP alderman on Lisburn and Castlereagh Council – were pictured in front of the July 1 bonfire at Edenderry in Portadown.

Councillor Tinsley posted: “Brilliant bonfire…well done to all the volunteers. Always a Great start to the July celebrations.”

The already lit bonfire had an Irish tricolour on top and the Deputy Lord Mayor’s actions have been described as “deeply offensive”.

He said: “It’s absolutely unacceptable that the Deputy Mayor and another DUP councillor posed for photos in front of a bonfire in Edenderry in which the Irish national flag was clearly being burned.

“The Deputy Mayor is supposed to represent everyone in the borough, but glorifying this type of activity is deeply offensive to large sections of our society.

“Burning of flags, posters and effigies on bonfires is wrong and have been rightly described by the PSNI as hate crimes.

“I’m calling on the DUP to show leadership on these bonfires and to explain the actions of their elected representatives.

“Do they think the burning of the Irish national flag is acceptable or will they condemn this display of hate and discipline the party members involved?”