By ‘eck! Luxury apartments with verandas planned at end of Portadown’s Coronation Street! 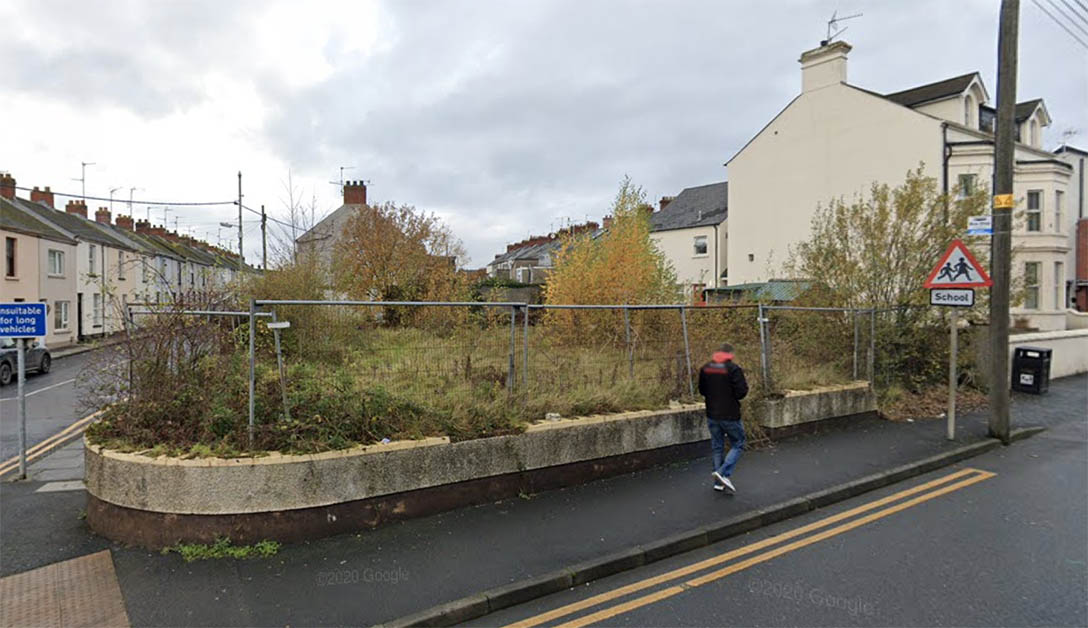 A luxury apartment development is being planned in Portadown.

It has been earmarked for a vacant and derelict site at the junction of Thomas Street and Coronation Street.

Proposals have been submitted to Armagh City, Banbridge and Craigavon Borough Council for consideration in the name of William Hunniford.

The prestige development would consist of a three-storey block of apartments, which would comprise nine individual apartments – each with one bedroom – and all with their own verandas.

Each will also have a kitchen and living area and a shower room, with three on each floor, and all connected by lift and stairs.

Residents of Portadown’s hottest new address would also benefit from the provision of a gated courtyard, which would be accessed from Coronation Street.

There would be a total of nine car parking spaces and cycle spaces too.

A separate single-storey refuse and recycling compound would also be built to meet residents’ needs, while other site works are included too.

The site is described in the application as “vacant lands” but had previously been the location for a large house and detached garage, which has since been demolished.