The baby is just three-weeks-old 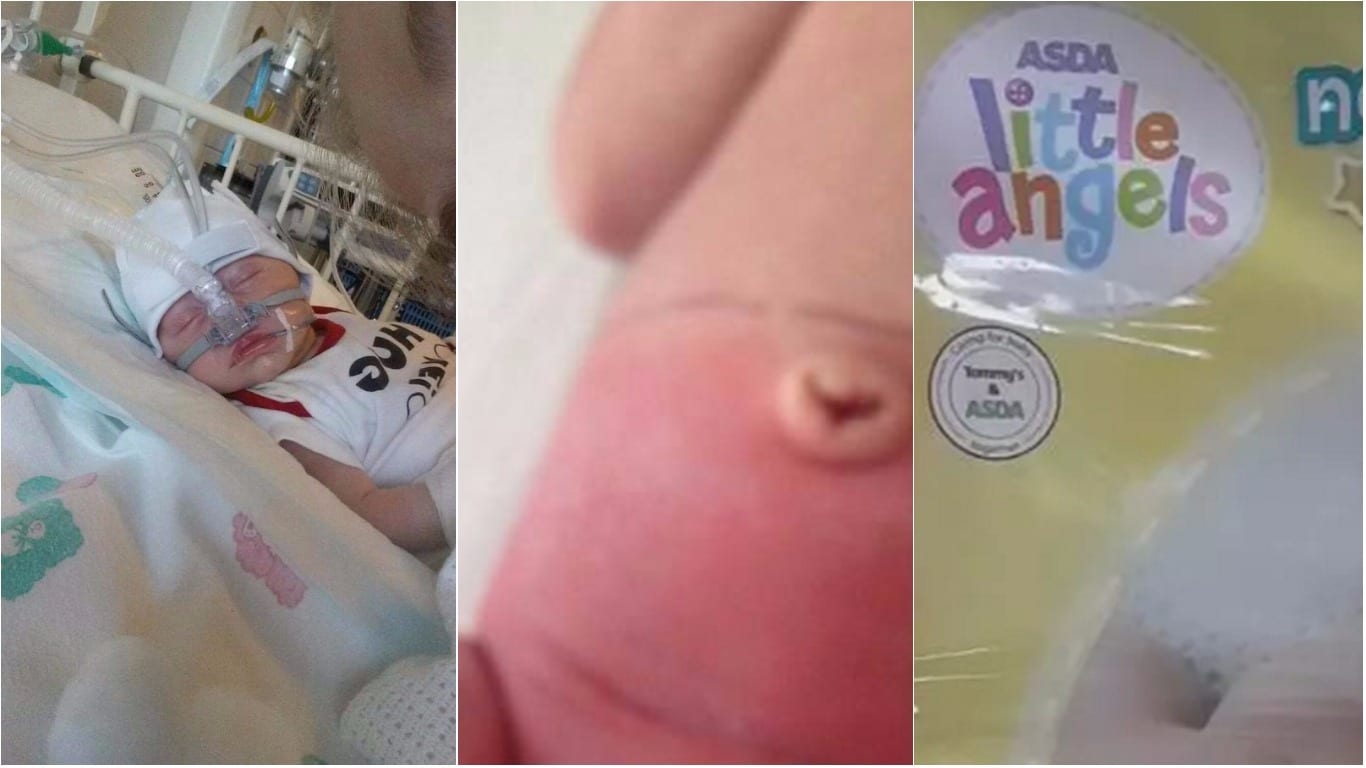 Supermarket giant Asda has taken one of its nappy brands its shelves after a father shared horrific pictures of his son’s “chemical reaction” to the product.

Asda has 10 stores across Northern Ireland, including one in Portadown, county Armagh.

Jordan Bartliff, from Doncaster in England, posted pictures on Facebook showing his premature baby’s blistered skin as he lies in hospital.

He wrote: “So yesterday morning has to be the worst day of our lives so far, we opened a fresh pack of newborn little angels to put on the baby, we go to change the nappy an hour later, and these pictures are the results.

“It looks like a chemical reaction as been confirmed by the hospital As he’s been wearing the same nappies for 3 weeks prior to this. With no problems whatsoever.

“It’s happened to such an innocent little life at 3 weeks old the day it happened who bearing in mind is 5 weeks early, who is now needing oxygen through a machine because of this.

“I wouldn’t want it happening to any other little soul, so please be vigilant and careful with these nappies as it obviously is a bad batch.”

Asda said it had withdrawn the Little Angels product from its shelves as a precaution.

Lizzy Massey, vice president of own brand at Asda said: “Our hearts go out to the Bartliff family and hope their baby son makes a full recovery soon.

“We’re in touch with his dad and have collected the nappies so that we can test them along with others in the batch.”

She added: “We take our responsibility to parents most seriously and as a precaution we have decided to remove our Little Angels newborn nappies from sale until we know why this happened.”