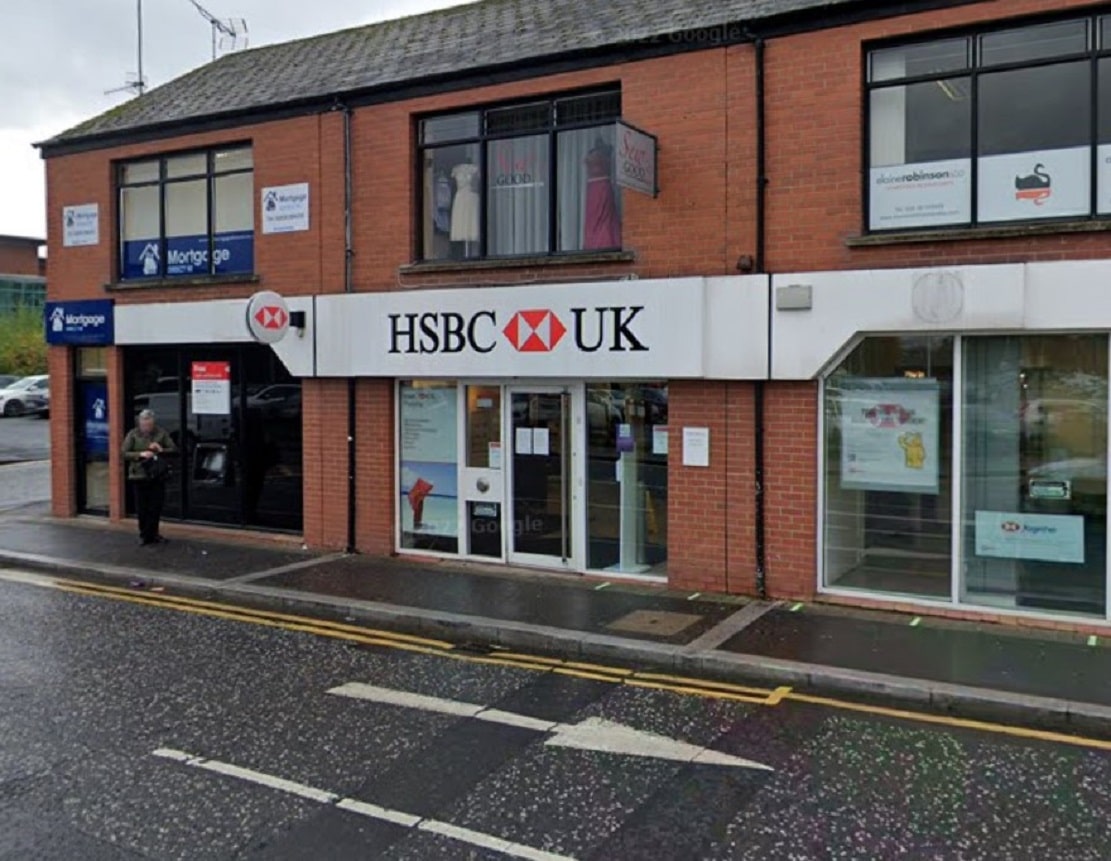 Portadown is set to lose another bank branch in the new year, in what comes as a further blow to the high street.

HSBC, the largest bank in the UK, has announced that 114 branches of the bank are to close from April, with the Portadown branch being one of the two Northern Ireland branches to be culled – the other being Coleraine.

HSBC announced that the Portadown branch is due to close on June 6, 2023, a move which will mean that Belfast will be the only branch remaining in Northern Ireland.

Outlining their plan for the bank’s branch network in 2023, HSBC said that customers are “continuing to migrate from physical to digital banking” and that the closure of the 114 branches would commence from April 2023.

The bank claimed that the decline in branch use in the UK has accelerated since the pandemic, with some branches currently serving fewer than 250 customers per week, with over nine in ten transactions being completed digitally.

Jackie Uhi, HSBC UK’s Managing Director of UK Distribution, said: “People are changing the way they bank and footfall in many branches is at an all-time low, with no signs of it returning. Banking remotely is becoming the norm for the vast majority of us.

“The decision to close a branch is never easy or taken lightly, especially if we are the last branch in an area, so we’ve invested heavily in our ‘post closure’ strategy, including providing free tablet devices to selected branch customers who do not already have a device to bank digitally, alongside one-to-one coaching to help them migrate to digital banking.”

As customers move towards digital banking, HSBC is just the latest of the many banks that have shut up shop in the area in recent years.

Last July saw the closure of Portadown’s Bank of Ireland branch, with the Grade 3 Listed Building going up for sale in the region of £325,000.

This was followed by the closure of the Allied Irish Bank (AIB) branch in Lurgan in November of that year.

In May of this year, Danske Bank in Lurgan announced that it planned to shut its doors, alongside three other Northern Ireland branches.