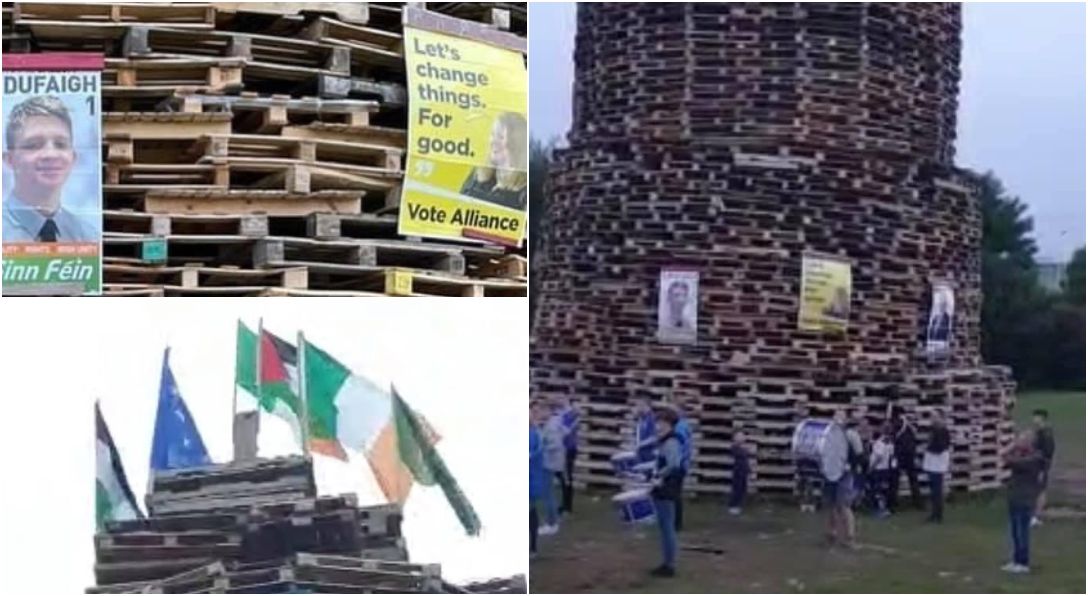 Election posters from both Alliance and Sinn Féin party members were among items placed on a bonfire in Portadown.

Irish and Palestinian flags were also erected at the top of the towering structure.

“The burning of election posters and national flags is not a celebration of culture, but a promotion of hatred, it has no place in society,” said Councillor Tennyson.

“The placing of Alliance and Sinn Féin election posters, as well as national flags, on the Rectory bonfire in Portadown is disgraceful. Those responsible should remove them before the bonfire is lit.”

He added: “All of us have a job of work to do in taking collective action to bring these sorts of provocative displays to an end.

“That will require political leadership and, of course, leadership in the community itself, as many people in local areas do not want this on their doorstep.

“For our part, Alliance will certainly not be deterred from working for everyone in our community.”

“As Callum O’ Dufaigh celebrated his 21st birthday party in another part of his home town others were burning his image on a bonfire.

“The organisers and supporters of such bonfires cannot have it both ways. It’s either culture or a hate crime it can’t be both!”