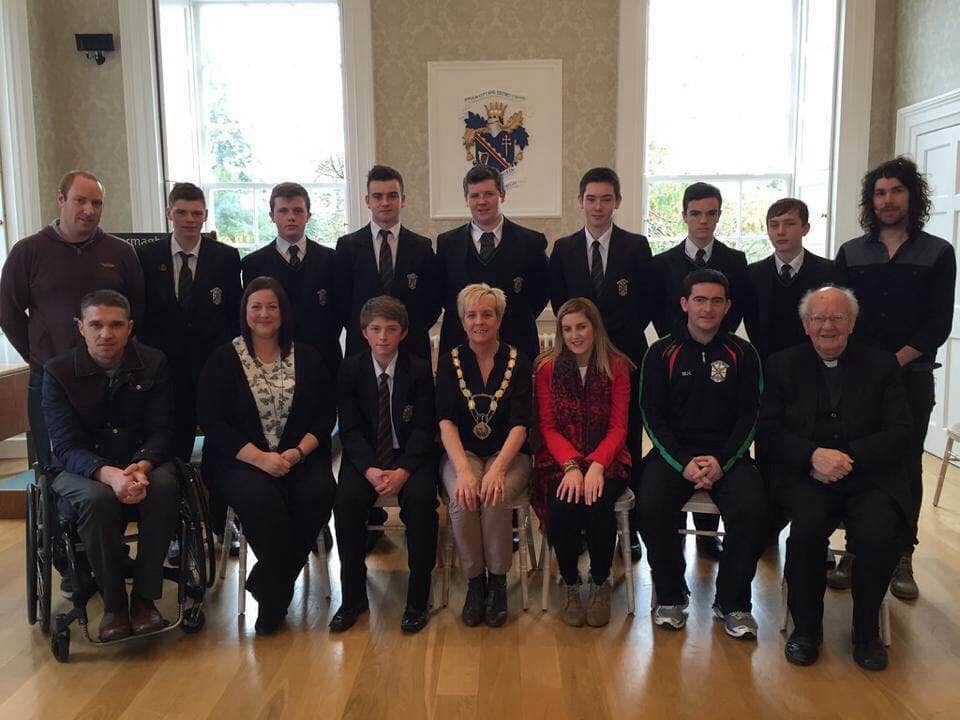 Local representatives have heaped praise on the staff, management and pupils of St Patrick’s Grammar School, Armagh, following a successful first term since the commencment of its pupil absorption.

Commending all involved, Sinn Féin MLA Cathal Boylan welcomed the “tremendous effort” that the school has made to ensure that the absorption process has went as seemlessly as possible.

Mr Boylan said: “Periods of transition can be unsettling for young students and St Patrick’s must be highly commended on the efforts to which it has gone to create a welcoming, warm learning environment for those young people who have joined the school this year from primary school and in particular those students who have assimilated from St Brigid’s High School.

“Having spoke to many parents of students involved, they have been grateful at the manner in which the transition has been managed and in which the boys are being integrated into the school set-up. This has helped quickly dissipate any nervousness for those pupils and parents concerned.”

Councillor Gerard Paul White, a member of the school’s Board of Govenors, stated that he too was delighted at how the pupils and staff had responded to minimise any impact of any transition.

He stated that the “positivity and belief of staff” was the key to ensuring that the school’s impeccable work ethos remained central.

“The work and determination of staff and pupils to do the best they can has been the bedrock of the school’s fantastic academic performances over the years and the new pupils seem to have quickly bought into this philosophy,” he said.

Sinn Féin party colleague and former pupil Cllr Garath Keating (pictured above with members of the school’s Irish language department and Cairde Teo on a recent visit hosted by Lord Mayor Cathy Rafferty) also spoke highly of the work of Fr Kevin Donaghy and all the staff, whom he said had done “a fantastic job to grasp this opportunity to create a magnificent educational environment and setting that will serve the needs of this area and community for generations to come”.

He added: “The dedication and commitment of all teaching staff and their motivation to ensure that every pupil is pushed to achieve their full potential is nothing short of inspirational. I wish all concerned the very best for the coming term.”