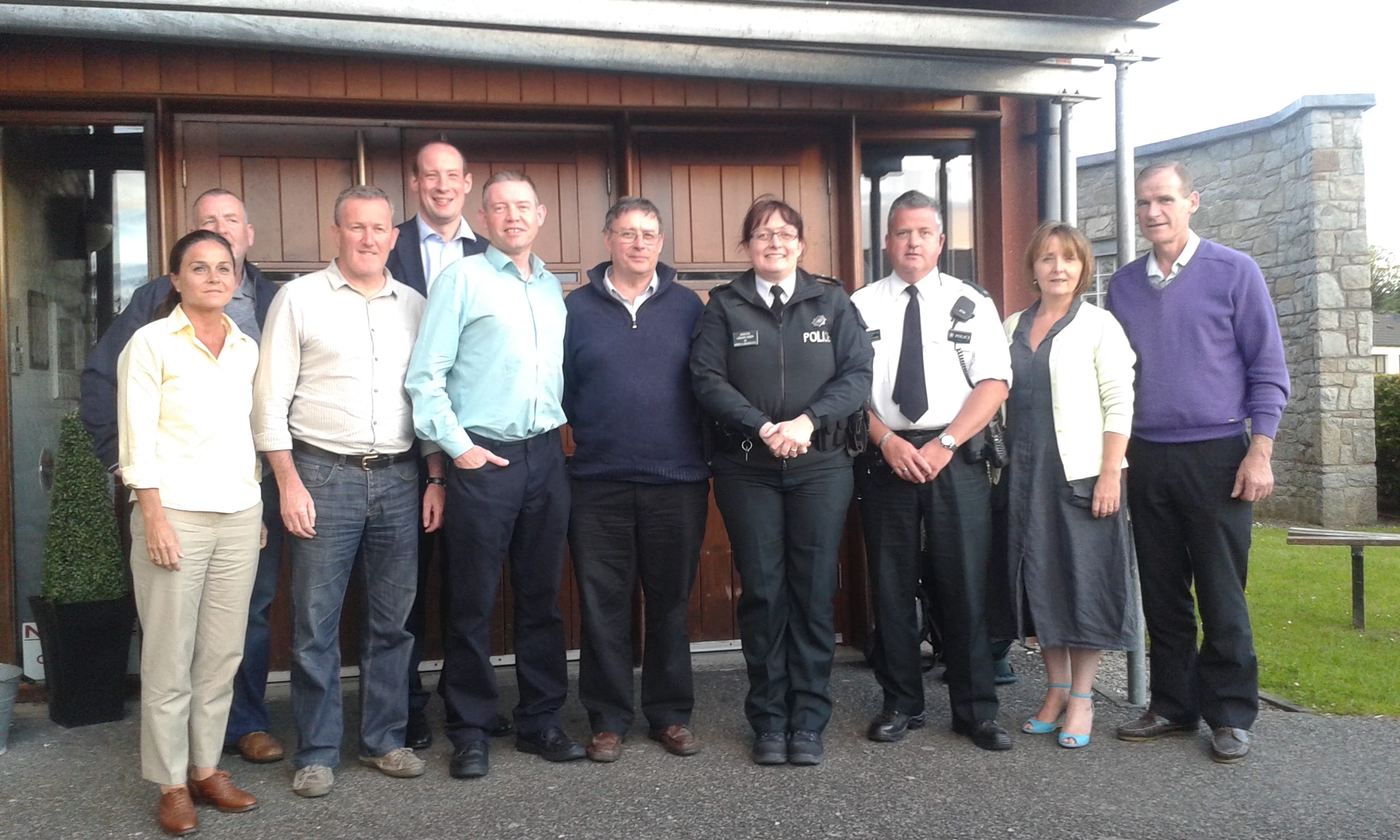 Cross-border crime, including fuel laundering and cattle thefts, were just some of the issues discussed when the PSNI’s South Armagh Neighbourhood Policing met local political representatives and residents at the Ti Chulainn Centre this week.

The meeting was held to discuss ongoing concerns about community-police relations and how best to develop partnership policing.

Inspector Lorraine Dobson discussed the changes to policing in the area over the past two decades and the need to build on existing relations with more partnership working.

The event was well-attended and, according to police, agreement was reached on critical community priorities including criminal gangs, theft of livestock and farm machinery, and deaths related to speeding.

Representatives of North Louth also attended as part of a North/South consortium to enhance cross-border policing.

All those who attended agreed that the meeting was a starting point and that there was a further need to build momentum and hold additional informal discussions.

Sinn Fein MLA Conor Murphy has described it as “useful and encouraging”.

“There were a number of issues members of the local community wanted to raise with the PSNI and this provided a useful platform for doing so,” he said.

“Obviously all issues were not resolved on the night but this provided an encouraging start to what we hope will be a process of engagement with the community.

“More of these events will be happening in the future and we would encourage the public to get in touch with us and get involved so that they can air their concerns directly to the police.”

Independent policing researcher Michelle Beyers opened the event with a rundown of the challenges of policing in a post-conflict society and the solutions to those challenges, which she said lay in Community Partnership Policing.

Among the issues raised were cross-border crime and cooperation with the Gardai, police response times, rural crime, drugs, insurance costs and legacy issues.

Councillor Terry Hearty said the zero detection rate on livestock theft and other rural crime made it difficult for local people to have faith in the police, while Louth County Councillor Jim Loughran said there was a perception that criminals along the border were acting with “impunity”.

Pictured are Inspector Lorraine Dobson and Constable Mark McGarrity, South Armagh NPT, along with some of those who attended the engagement event at Ti Chulainn