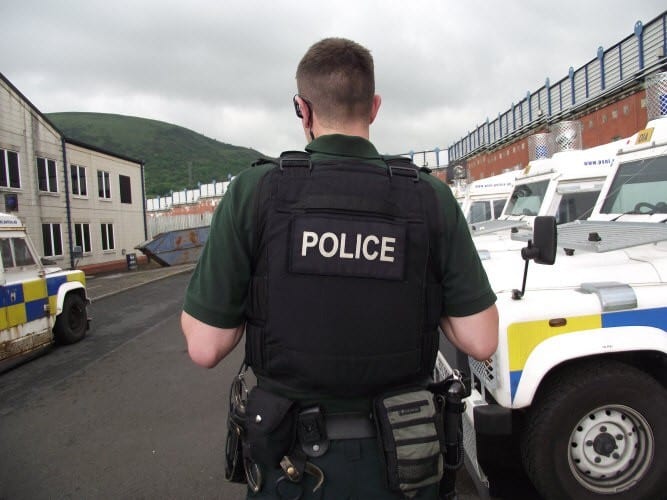 A woman was attacked by a man with a hammer in Crossmaglen late last night.

Police are appealing for witnesses to the incident which took place in Cardinal O Fiaich Square.

Constable William Nulty said: “Police received a report at around 11pm, that a man who had been driving a silver coloured Audi car in Cardinal O Fiaich Square had got out of the car and assaulted a female with a hammer.

“He then got back into the car and sped off from the scene. The car returned to the square a short time later where it collided with a parked car before leaving the area.

“A man in his 20s was arrested a short time later in relation to the incident and has since been released on police bail pending further enquiries.

“The woman did not require hospital treatment following the assault.”

Constable Nulty continued: “I am appealing for anyone who was in the area at the time and who has any information which could assist us with our enquiries to contact police in Crossmaglen on 101 quoting reference number 1268050415. Information can also be given anonymously through Crimestoppers on 0800 555 111.”