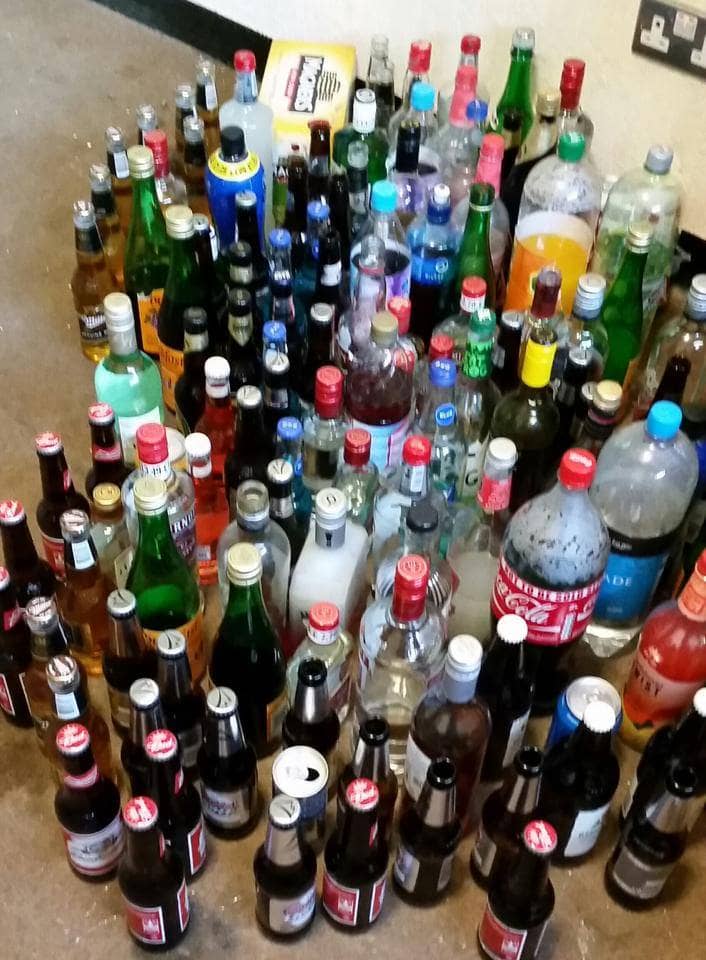 Police in Armagh are promising a zero tolerance approach to so-called ‘party buses’ as the traditional ‘Christmas nights out’ are expected to really get underway from this weekend.

The picture shows the huge haul of booze seized in September by officers who intervened and stopped a bus ferrying teenage tipplers to an ‘after formal’.

And, be warned, there’ll be more of the same if caught with a heightened campaign promised.

Today, the PSNI in Armagh used the wonders of social media to try and get their message across to the masses – the Christmas party masses that is!

It’s not just young people going to formals or other functions – the message is clear: Drinking on buses? That’s a no all round!

The PSNI, via their Facebook page, warn: “Due to concerns raised with us about alcohol being consumed on buses, we shall be carrying out checks on public service vehicles travelling through the Armagh area in the run-up to Christmas.

“Alcohol cannot be consumed on buses, whatever your age.

“Alcohol may be seized if found on buses carrying anyone under 18 years of age.

“So called ‘party buses’ will come under particular scrutiny from us to ensure the safety of all road users.